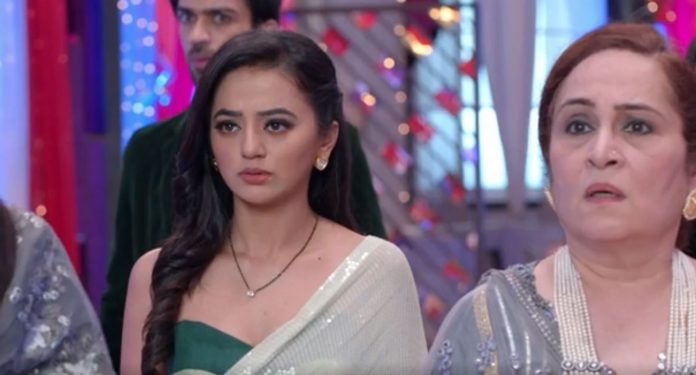 Ishq Mein Marjawan 2 Update Siya returns to help Riddhima Riddhima goes mad when she gets cheated by Vansh. She doesn’t realize that Vansh had intentionally planned their trip to the resort, where he had got the cctv footages erased to fool Riddhima. Riddhima doesn’t get any evidence that she had visited the resort with her husband. Riddhima gets into an argument with the resort manager. She fails to find Vansh there.

The resort manager insists her to clear the dues. She gives away the diamond bangles to clear the dues. Riddhima leaves from the resort with a plan to reach home and get help from Dadi and Angre to find Vansh. She wants to find out where did Vansh disappear, if anyone is plotting against him. Meanwhile, Kabir thinks only he is the smartest person on the earth. He tells Ahana that he has planned something worse for Riddhima and Vansh.

He wants to target their happiness. He doesn’t share his plans. He doesn’t know that Riddhima is also at Vansh’s target. Riddhima manages to get a lift till her home. She gets hurt on the way but still makes prayers for Vansh. She is Vansh’s dutiful wife. She wishes that he stays fine. Further, Vansh is fit and fine at home. He gets surprising when he addresses a press conference at home to introduce his wife. Kabir happens to make an entry in the VR Mansion. He introduces himself as Vansh’s step brother, Kabir Rai Singhania, Anupriya’s son.

Ishq Mein Marjawan 2 Update Kabir tells the press that he is the half owner of the Rai Singhania property. He produces the will papers so that Vansh doesn’t deny or throw him out of the house. Kabir tells Vansh that he had already told him about his return. He has returned with the motive to take revenge. Riddhima struggles to reach home. She wants to alert Dadi about the new conspiracy against Vansh. She gets a shocker of her life when Vansh sees her and ignores her just to introduce Ahana as his wife. It gets too shocking for Kabir and Riddhima.

Riddhima didn’t know that Vansh will be cheating her in this manner. She was all the way worried for Vansh. She didn’t know that he will stab her heart. Riddhima tells the media that she is Vansh’s wife. Vansh denies the claim and calls her a stranger. Vansh tells the media that Ahana is his wife, he doesn’t know Riddhima. Riddhima tries to know the reason behind Vansh’s estranged behavior. She doesn’t want Vansh to play with her emotions once again after she had gained his forgiveness.

Vansh tells them that he will not let Riddhima stay in the house, since she means nothing to him. Riddhima fails to get help even from trustworthy Dadi. Siya gets conscious and asks for Riddhima. Vansh gets helpless to let Riddhima stay for the sake of Siya. What will happen when Riddhima gets ousted from the house? Will Riddhima and Kabir join hands again? Will Siya come out of coma and help out Riddhima? Keep reading.

Reviewed Rating for this particular episode Ishq Mein Marjawan 2 Update Siya returns to help Riddhima: 2/5 This rating is solely based on the opinion of the writer. You may post your own take on the show in the comment section below.