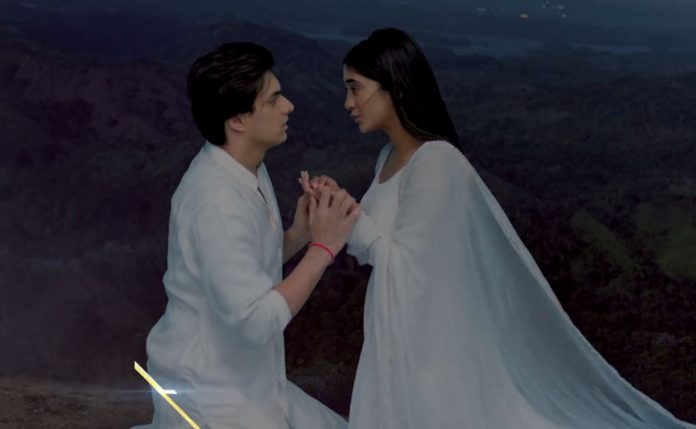 Yeh Rishta Naira soul returns 12th January 2021 Written Update Kartik stays lost in the memories of his deceased wife. He has somewhere accepted that she has left him. He is left with no other way than to accept the death himself so that he can unite with her in the heavens. He lives isolated from the family. He doesn’t even care for his children, who need him badly after losing Naira. The family wants Kartik to be a part of the special prayers for Naira’s soul puja which they are performing since months. The family tries hard to involve Kartik.

Manish finds Kartik living with Naira’s memories, cut off from the world totally. He doesn’t think Kartik will come in the puja. He still tries to call him. Kartik doesn’t pay any attention. Kartik and Naira’s relation is such that they can’t imagine live without each other. Naira’s leaving has taken away Kartik’s senses. Kartik goes for the puja, after Naksh brings Kairav to perform the rituals as Naira’s son. Manish tells the pandit that Naira’s husband Kartik won’t be able to perform the rituals, her son Kairav will be performing it.

Kairav gets surprised to see Kartik coming for the rituals. The family sees Kartik’s prolonged silence. They don’t know what’s going inside his heart. Kartik is battling the inner conflict post his wife’s leaving. He stays silent and performs the rituals. He leaves from the house on seeing the family busy in the prayers. Kartik is affected deeply by Naira’s loss. Naira’s memories don’t leave him even for a second. He is depressed, shattered and lost.

He doesn’t have a mind to judge right and wrong. He doesn’t think of the family responsibility or his children waiting for him. He just thinks of Naira, who meant a world to him. He can’t live without Naira and sticks to this fact. Kartik reaches the same cliff where he had lost his love Naira. He tells Naira that not even death can make them apart. He wants to follow her to the heaven and stay with her forever. Naira’s soul voices out to connect with him. She stops him from jumping down the cliff and committing a suicide like a weak person.

She doesn’t want him to end his life by neglecting his duties towards others. She tells Kartik that he can’t forget their children and family. Kartik tells her that she means the world to him, there is nothing left without her. She urges him to take care of his life and return to the family. She tells him that though she isn’t with him, he has to move on. Kartik refuses to her. He gets adamant to see her. He wants to meet her and take her home.

Naira appears before him when he gets rigid to not go home. Naira’s soul is the magical surprise for him. She tells him that she will not let him harm himself. Naira’s soul tells Kartik that she is aware of his sorrow that they have parted ways, but she is helpless to not return to him.

Kartik and Naira share their hearts out. They express their emotions. Kartik’s longing finally gets emoted. Naira tells him that their dreams and moments are still left incomplete. Kartik tells that their love is left incomplete because of her leaving.

They cry that they couldn’t live together and complete their dreams of sweet moments and liveliness. They regret that they didn’t get much time in their lives to spend together. Kartik tells her that she can’t come back to him but he can end his life and come to her. He already feels dead without her. She requests him to live to see her living in him. An emotional moment is seen between them.

Reviewed Rating for this particular episode Yeh Rishta Naira soul returns 12th January 2021 Written Update: 4/5 This rating is solely based on the opinion of the writer. You may post your own take on the show in the comment section below.