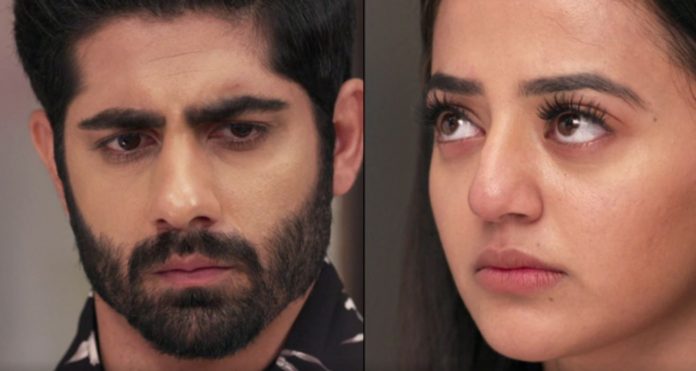 Ishq Mein Marjawan 2 13th January Written Update Vansh revelation Siya is recovering just because of Riddhima. Riddhima is the only person who is affecting Siya. Doctor asks Vansh to just let Riddhima stay with Siya and look after her to get positive results soon. She tells Vansh that Siya is showing good progress after hearing Riddhima’s voice. Vansh tells Riddhima that he will fulfill Siya’s need, he will allow her to stay back. Ishani and Aryan want Riddhima to leave the house. They have hatred for Riddhima.

Riddhima could refuse to him when he orders her to look after Siya. Riddhima thinks its the only opportunity to clear her name in Vansh’s eyes. She hadn’t cheated him. She wants him to know that she is loyal to him. Vansh allows Riddhima to be with Siya. This rages Ahana, who wants Vansh to answer her. She tells him that she is his wife, whom he just introduced to the world. She asks him the reason for letting Riddhima stay. She asks Vansh if he still loves Riddhima, if his feelings have got awakened. She counts her favors.

She tells him that she has helped him in his revenge plan against Riddhima and Kabir. Vansh loses his cool on seeing her attitude. He tells her that he didn’t marry her, he has just given his name to her to keep his promise. He reminds that they didn’t get married for real. For him, Riddhima is his wife. She tells him that she couldn’t live as his wife for a single day, the moment she was enjoying the status, Riddhima returned and ruined it all. He tells her that he kept his promise and gave her a place in his house.

He asks her to remember that she is just pretending to be his wife. Ahana is angered on Vansh. Vansh tells her that he will never accept Riddhima in his life. He cries out his pain to his family. Dadi realizes that Riddhima cheated Vansh, so he wants to get rid of her by snatching her identity. Dadi tells them that Riddhima should be ousted from the house so that Vansh isn’t hurt further. Vansh wants Dadi to help him in dealing with Riddhima. He doesn’t want Riddhima to claim his rights on his family or the house.

Riddhima takes care of Siya, while the family plans to throw her out of Vansh’s life. Vansh is ready to bear her for the sake of Siya’s life. He tells Ishani that Siya is much important to him. Ishani and Aryan team up with Ahana to work a plan against Riddhima. Vansh asks Riddhima to look after Siya and not have any expectations from him. He tells her that he wants to celebrate Makar Sankranti with Ahana. Riddhima hopes to win his love back. She knows that he didn’t marry Ahana and is just faking it. She tells him that she knows his true love, he can never insult their love by marrying someone else. Vansh is speechless.

On the other hand, Kabir wants to make things more tough for Riddhima. He hates her a lot. He wants to target Siya so that Riddhima gets kicked out of the house. He knows that if Siya is harmed, Riddhima will not be spared. Kabir wants to use Siya in his plans. Later, Vansh threatens Riddhima so that she leaves from the house on her own. Riddhima gets attacked by someone. She wonders if Vansh has attacked her to scare her. She is fearless and decides to stay back. Ishani finds a way to trouble Riddhima. Riddhima is adamant to make Vansh change his decision. She tells Vansh that he can’t make her out of his life, she is everywhere, her memories will never leave him. She challenges him to end her identity from his memories.

Reviewed Rating for this particular episode Ishq Mein Marjawan 2 13th January Written Update Vansh revelation: 4/5 This rating is solely based on the opinion of the writer. You may post your own take on the show in the comment section below.