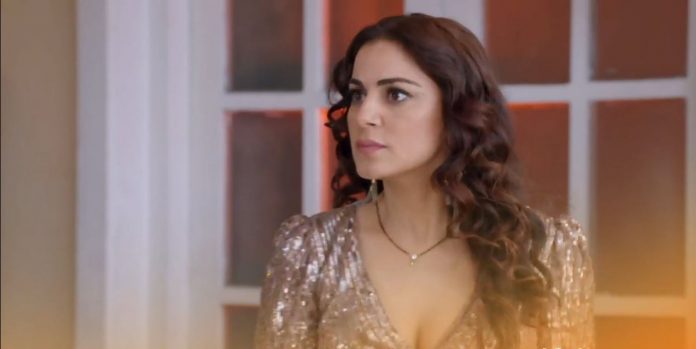 Kundali Bhagya 20 January 2021 Written Update Akshay molesting shock Shrishti tells Preeta that the family trusts Akshay more than them. Preeta tells that its a big matter that Akshay is marrying Kritika, Luthras will always respect him. She tells that they have to handle the matter sensitively. She knows that Akshay is aware of their motives, he will be very careful from now on. She tells Shrishti that they have to hide the matter from everyone.

Karan tells Preeta that he has heard everything what she said. They have a moment. Ruchika meets her friends in the party. She introduces Akshay to them. Akshay shows his interest in one of her friend. He finds Megha really rich. Megha has come to meet Karan. Kritika shows Karan and Preeta. Megha goes mad for Karan. She tells that she loves him a lot. Karan introduces his wife Preeta to Megha to keep her away.

Preeta goes to follow Akshay. Sherlyn looks for Preeta’s gang. She asks if Akshay has disappeared, if he is the reason for Preeta’s disappeared. Shrishti and Preeta find Akshay molesting Megha. They take a step against him. Akshay angrily pushes away Shrishti. Preeta loses her cool and slaps him hard. Will Preeta succeed in exposing Akshay’s truth or is Megha working for Akshay to testify against Preeta and Shrishti in the last moment? Who will win in the battle? What do you think of the track? Keep reading and comment below.

Reviewed Rating for this particular episode Kundali Bhagya 20 January 2021 Written Update Akshay molesting shock: 2/5 This rating is solely based on the opinion of the writer. You may post your own take on the show in the comment section below.