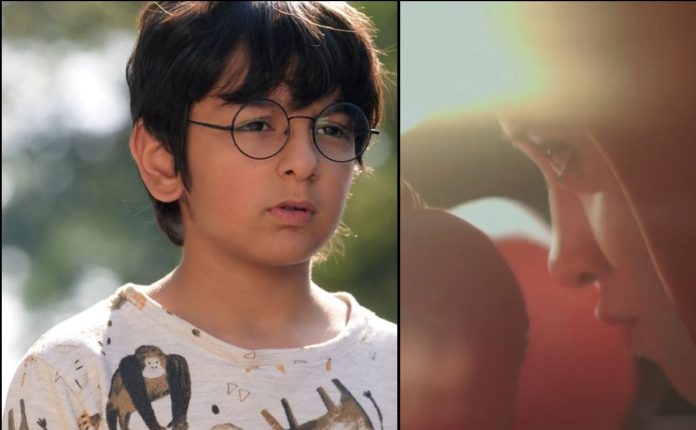 Yeh Rishta Sirat Kairav meet 18th January 2021 Written Update Kartik gets a hope that Kairav will not opt for the boarding school. He takes Kairav to the boarding school so that his excitement subsides and he returns home. Kartik goes against the family. He gets challenged by Manish, who feels that Kairav should go if he wishes to go. Manish doesn’t know that Kairav is going against his will by making a big sacrifice for his father’s sake. Manish tells Kartik that he can’t control anyone’s life. Kartik doesn’t want the tag of a dominating father.

He tells Manish that he will prove to be a good father by making Kairav come back home with him. He knows that his son will always choose him than anything. He doesn’t know that Kairav is doing everything by choosing him as the highest priority. On the other hand, Gayu learns that Kartik and Kairav left the house. She blames herself that she couldn’t look after Kairav and failed as a good aunt. She feels answerable and apologetic towards Naira.

She wants Naira to return and forgive her for the past mistakes. Goenkas ask Gayu not to blame herself for Kartik’s decision. Vansh reveals Kairav’s sacrifice to them. He tells them that Kairav didn’t wish to go, he just left for the sake of Kartik’s normalcy, he also wants Kartik to live a normal life. He reveals that Kairav had heard the family discussion and accepted Manish’s decision. Manish feels much guilty that a little kid made a sacrifice for Kartik.

He didn’t wish to manipulate Kairav. He wants Kairav back home if he doesn’t want to live in boarding. Goenkas want Kartik to show such sensibility. Kairav doesn’t react when Kartik tries to make him oppose the boarding by counting the flaws. Kartik keeps trying. Kairav gets a glimpse of the boxer Sirat, who is Naira’s lookalike. Kairav doesn’t see her face, but the boxing connects them. Kairav feels inspired by her. He also wants to pursue boxing. Kartik checks the hostel well. He tries to refuse for the admission, but the hostel is too perfect.

Kairav knows that Kartik didn’t get any chance to refuse. Manish calls up Kairav to call him home if he doesn’t want to go to boarding. He feels ashamed that he couldn’t know Kairav’s emotions. Kairav stays adamant that he will live in boarding and get Kartik’s life on track. Kartik is helpless when he is asked to sign on the boarding admission form. Kartik doesn’t want to sign and leave his son behind. How will Sirat make an entry in Kairav’s life? Kairav and Sirat meet in the hostel when she arrives to train boxing to the kids. Do you like Shivangi’s comeback in a new character? Do you think she is Naira? Comment below and keep reading.

Reviewed Rating for this particular episode Yeh Rishta Sirat Kairav meet 18th January 2021 Written Update: 2/5 This rating is solely based on the opinion of the writer. You may post your own take on the show in the comment section below.