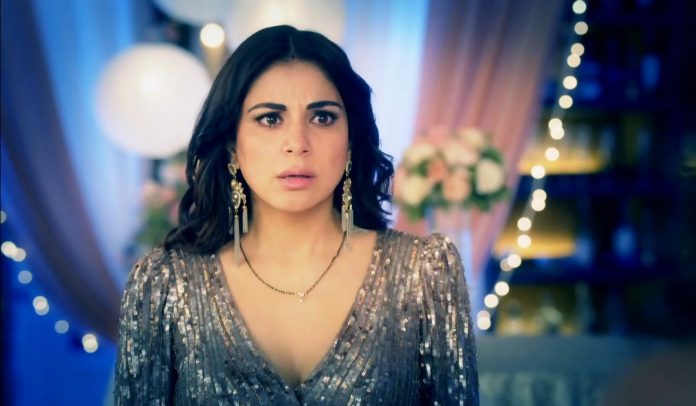 She asks Megha to tell the truth. She tells that Karan didn’t believe her before. She clears that she isn’t against Akshay and Kritika’s marriage. Kareena doesn’t believe her. She knows that Akshay is a decent guy. Shrishti testifies that Akshay is a fraud. She tells that she will not let Kritika’s life get ruined. She tells them that Akshay was really molesting Megha, they had saved Megha from him. Akshay denies the blame. Shrishti tells them that if Akshay can dare to do this with a girl in Luthra house, then he can do anything with others.

Akshay calls them liars. He begs Preeta to stop framing him. Preeta asks Akshay to stop acting. She tells that she has caught him red-handed. He still calls Preeta a liar. Preeta asks Megha not to get scared and tell the truth to the family. Megha shockingly tells them about Akshay’s cheap behavior. Akshay tells that he loves Kritika a lot. Shrishti asks Akshay to stop acting. Karan silently watches the high dose drama. Shrishti tells that Akshay was badly caught and even then he is acting innocent. Preeta doesn’t want his explanation.

She tells that Kritika is hurt by his misdeeds. Akshay asks Karan to believe him. Karan breaks his silence. He reprimands Akshay for two timing. He wants Akshay to get out of the house right away and never meet Kritika again. He kicks out Akshay. Kritika faces a heartbreak. Megha changes her side. She stops Karan from ousting Akshay. She tells them that she got greedy for money, she has done this on someone’s saying and accused Akshay of molestation. Kareena wants to know who is behind it. Megha accuses Preeta.

Reviewed Rating for this particular episode Kundali Bhagya Preeta in shock 20 January 2021 Written Update: 2/5 This rating is solely based on the opinion of the writer. You may post your own take on the show in the comment section below.