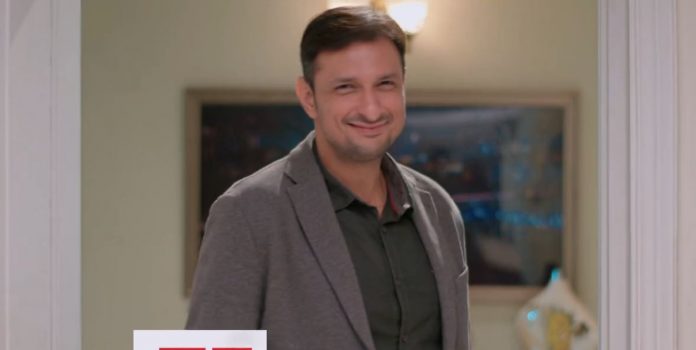 Anupama Written Update Anirudh demands 22nd January Vanraj clarifies to Kavya who isn’t showing any understanding towards him. He tells her that he didn’t come to her house from the hospital, since he was scared of dying. He wanted to go back to his comfort zone, that’s his own house. He tells her that he didn’t mean to hurt her. He admits that Anupama is trying to get close to him. He tells Kavya that she had expected right. Anupama and Kinjal get to see Vanraj with Kavya. Vanraj lies to Kavya that he had tolerated Anupama for the sake of his family.

He doesn’t want to lose his family again. He wants Kavya to stay back in his life. He apologizes to her. He tells that Rakhi and Kinjal are also troubling him. He asks Kavya for a last chance to keep their relation. He tells her that he should have died in the accident that day. Kavya ends her anger. She hugs him out of her old love. Vanraj emotionally blackmails him. Anupama and Kinjal get to witness their romantic moment as expected. Anupama pretends to be normal.

Vanraj tells Kavya that he was upset with her, he wanted her to realize her mistake, he wasn’t happy either. He tells that he was in pain by hurting her. He tells her that he will never come in Kavya’s way if she has decided to go away with Anirudh. He fools her emotionally. He supports her decision to move on. He feels sorry that he couldn’t give her the happiness which she deserved. He didn’t know that their love story will end this way.

Kinjal tells Paritosh that she had seen Vanraj with Kavya, its easy for a man to have an affair when he already has a wife. She tells that Rakhi was right, Vanraj’s affair is accepted in the house. She asks him if its right to neglect everything. Paritosh asks her to just give time to the studies. He tells that she should have accepted her mom’s offer. She doesn’t like such jokes. Leela is panicking that Vanraj is missing.

Vanraj returns home with Kavya. This becomes another shock for Anupama. Vanraj still wants to break down Anupama’s pride. He feels she was showing much attitude to him by rejecting his love proposal. Kavya wants to take Vanraj with him. Vanraj tells Leela that he is going with Kavya. Leela asks him to give them some time to mend things. She blames Kavya for brainwashing Vanraj. He tells that he will go away from Anupama’s life forever by marrying Kavya.

His shocking announcement makes the family members cry. Anupama stands unaffected. Leela wants to know why is Vanraj leaving the house once again. Vanraj blames Anupama for being the reason for his decision. Kavya packs his bags. Vanraj tells Leela that he wanted to give another chance to their relation, but Anupama isn’t ready. He admits that Anupama isn’t ready to forgive him. He thanks Anupama for taking care of him. She knows the reason for his decision. She asks him not to hurt Kavya. She pities Kavya.

She tells that Kavya doesn’t know the truth of his lover, who is a self-centered man. Anupama decides to divorce him. She breaks down. Anupama files for the divorce and sends the papers to Vanraj, which leaves him shocked. Will Vanraj free Anupama from their ended marriage? Did you expect Vanraj to change his colours so soon? Do you think Anupama should get rid of MCP Vanraj? Comment below and keep reading.

Reviewed Rating for this particular episode Anupama Written Update Anirudh demands 22nd January: 5/5 This rating is solely based on the opinion of the writer. You may post your own take on the show in the comment section below.