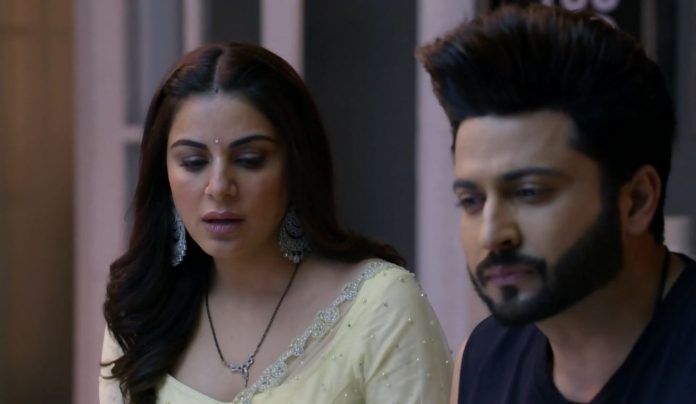 Kundali Bhagya Written Update 25th January 2021 Preeta daring act Preeta tells Sameer that they will note down Akshay’s every move by following him all the time. She is sure that he will himself take them to Ruchika by which they can prove Akshay wrong. She asks Sameer and Shrishti to be ready for the long investigation. Akshay tells Megha that he will marry Kritika and later divorce her. He asks Megha not to worry. He admits that he was decent before, but he lost his heart after meeting her.

He flirts with her to please her. He tells that he was following her in the party, but she had saved him from Luthras. He tells that they make a very good pair. She wants to know his stand for his marriage. He tells that he is marrying Kritika for money. He asks Megha to get love and money from him by accepting his proposal. Megha reciprocates to him. Akshay is really characterless. He likes to play with girls. He has taught a lesson to Shrishti. He targets Preeta this time.

Preeta, Sameer and Shrishti begin their investigation. They try to follow Akshay. Shrishti tells that Akshay would be relieved that he is safe now, he would be more confident after failing them. They see him going to his car. Shrishti tells that he is really careless. They find him meeting Ruchika. Shrishti hides from Akshay in the car. Akshay tells Ruchika about Preeta accusing him in the party.

He tells that he has proved Preeta wrong in front of the family. He reveals the entire incident of his clean victory. Shrishti clicks his pictures with Ruchika. Sameer tells that they have seen Akshay’s truth. Meanwhile, Karan looks for Preeta. He calls her up. Sameer and Shrishti ask Preeta to answer the calls. Preeta tells that she will get scolded if she tells the truth to Karan. She wants to tell everything to Karan after finding an evidence. She is left with no option than to lie.

Karan apologizes to her for being so rude towards her. Preeta tells that he got upset, which was a natural reaction. She tells that she is busy with Shrishti, she will talk to him later. He asks if she has gone home. He learns that she is on the way. He realizes her lie. He gets upset and disconnects. He wants to know the reason for her lie. Preeta sees Akshay dropping Ruchika home. They learn Ruchika’s address. Akshay makes a leave. What will happen next? Keep reading.

Reviewed Rating for this particular episode Kundali Bhagya Written Update 25th January 2021 Preeta daring act: 3/5 This rating is solely based on the opinion of the writer. You may post your own take on the show in the comment section below.