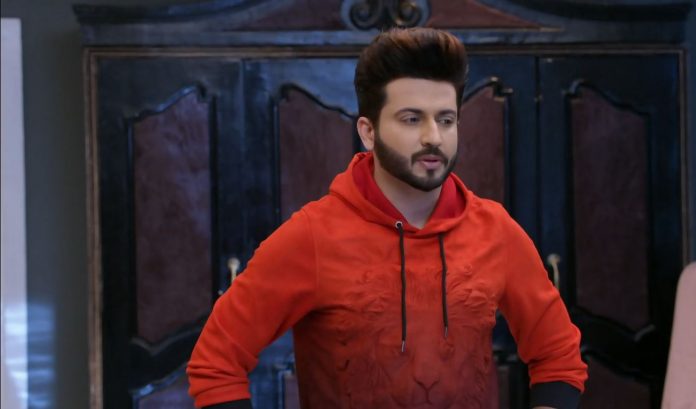 Sameer tells that Ruchika doesn’t have Kritika’s picture in the album. Shrishti tells that Akshay and Ruchika are cheating Kritika. Preeta, Shrishti and Sameer make an escape from Ruchika’s house. They check the pictures once again to be double sure. They want to prove Akshay characterless. Sameer knows that Shrishti is much hurt. He tells that they have strong proof against Akshay. Preeta wants to be prepared and get hard copy of the pictures.

Shrishti agrees to her plan. Preeta feels bad that she lied to Karan. They don’t want her to feel guilty since they are doing the right thing. Preeta returns home. She finds Karan much upset with her. He tells her that he is much disappointed with her lies. Mahira overhears their conversation. She is glad to see the differences between Karan and Preeta.

Moreover, Karan confronts Preeta for her lies. He tells her that he has confirmed her lie. He regrets that she preferred to lie to him when he had counted on her and also assured support. He tells her that once lies start breaking the trust, the relationship loses his significance and also gets weakened. He tells her that he doesn’t want any matter to create a rift between them. He knows that Preeta is sensible and would know that they had won each other’s trust by difficulty, which they shouldn’t lose at any cost. Preeta gets tensed by Karan’s indirect warning. She tells him that she will keep his trust always.

Karan tells Preeta that he hates liars. She didn’t intend to lie to him. He tells that trust once lost can’t be won back. When he leaves the room in annoyance, Preeta sheds tears. This becomes a joyful sight for Mahira. Mahira wants things to get worse between Karan and Preeta. Karan doesn’t think he did right. He wants to make up for his anger. He thinks he scolded Preeta a lot in anger. He always regrets later after reacting in anger. Mahira likes to see Karan alone. She goes to meet him while he takes some rest.

She tells him that she wants to spend time with him, since she isn’t feeling sleepy. He tells her that he wants some fresh air. She tells that she wants to help him in lessening the pain. Karan wants her to just go away if she wants to help. Mahira makes a leave. Karan stays occupied with Preeta’s memories. Preeta reaches him out of concern. She wants his support. She knows he will not support her in Akshay’s matter. Preeta sleeps by Karan’s side. When we wakes up in the morning, he gets surprised to see her lovely face.

He realizes that she had been by his side all the night. He cares for her. Preeta tells him that she came to give him a quilt and fell asleep. He tells that passing the quilt doesn’t mean she cares for him, she should listen to him and not go against. He doesn’t want her to disappoint him or the family. Preeta wants to show Akshay and Ruchika’s pictures to Karan. Sherlyn and Mahira manage the arrangements. They both try to keep Preeta away. Preeta wants to know what is going on. Mahira tells Preeta that Kareena has given Kritika’s marriage responsibility to her. She feels she has snatched the responsibility from Preeta. She angers Preeta.

Reviewed Rating for this particular episode Kundali Bhagya 26th January 2021 Written Update Karan confronts: 3/5 This rating is solely based on the opinion of the writer. You may post your own take on the show in the comment section below.