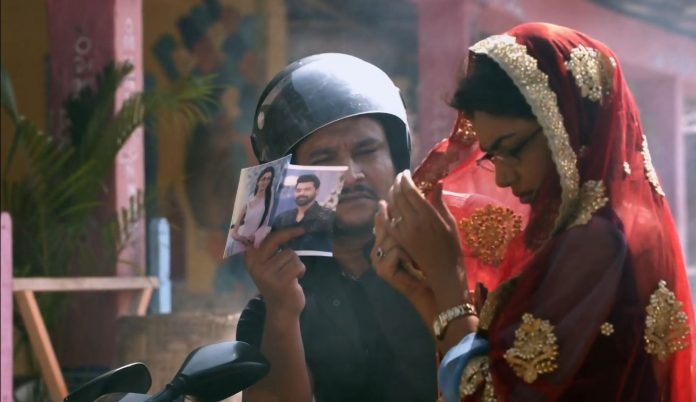 Abhi feels threatened. He tells that there are many henchmen who are trying to kill them. He doesn’t know that who has hired the henchmen with the task. The call disconnects, leaving the conversation incomplete. Abhi couldn’t tell Purab about their location. Pragya tells that they have to hide in some village house.

Meanwhile, Ranbir tells Prachi that Palak’s family would be finding her. He tells that they can fall in danger if they get caught by Palak’s parents. He wants Prachi to wait for him. He goes to handle Rhea. Aryan lies to Rhea that Ranbir isn’t here. Rhea tells Ranbir that Abhi is getting married. Ranbir tells her that Jai and Palak are marrying. Shahana finds Rhea there. Rhea forgives Ranbir. She tells that she got a wrong information about him.

Rhea misunderstands and assumes that Aryan is marrying Palak. Aaliya is disturbed after watching the video of Abhi and Pragya’s marriage. She vents anger on Tai ji. Tai ji gets scared when Aaliya screams in rage. Aaliya asks Tai ji to tag her mad. Raj meets Aaliya. She tells him that she is getting pity from everyone. She wants Raj to leave her alone. Raj informs her about Meera’s arrival. Aaliya wants to confront Meera. Comment your views and keep reading.

Reviewed Rating for this particular episode Kumkum Bhagya 27 January 2021 Update Horrific twist: Totally unnecessary twists after Abhi and Pragya’s marriage. 1/5 This rating is solely based on the opinion of the writer. You may post your own take on the show in the comment section below.