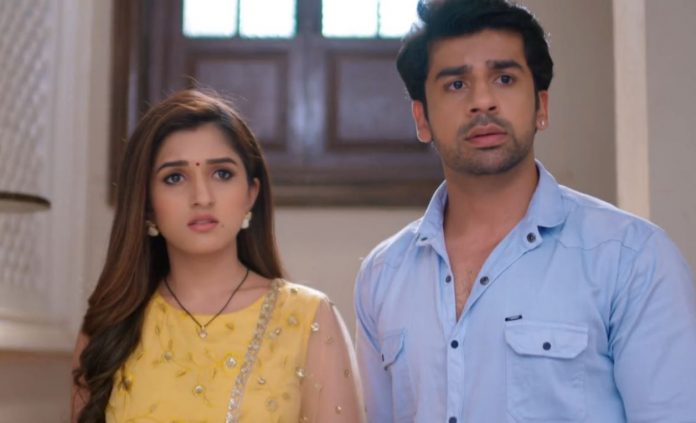 Anupama Written Update 27th January Kinjal replaces Vanraj Pakhi wants her belongings and the breakfast from her home. She asks Samar to drop her stuff at Kavya’s house. Kavya is upset that Vanraj and Pakhi are asking the family to send the food. Anupama packs Pakhi’s clothes. She gets emotional. She misses Pakhi a lot. Leela tells that Kavya has snatched Vanraj from them, she isn’t into any legal relationship. Leela tells that Kavya had stolen Vanraj and Pakhi from them. Samar finds Leela and Anupama into an argument.

Samar delivers the food to Pakhi. Pakhi goes to get ready for her school. She asks Kavya to serve the food. Vanraj is worried to see Samar hurt. He wants to know what had happened, why did Samar fight anyone. Samar lies to him about the fight. He breaks his silence. He tells Vanraj that he got into trouble when people have taunted Anupama because of Vanraj and Kavya’s affair. Vanraj tells him that he wants to know who has done this. Samar doesn’t tell anything to him.

Pakhi and Vanraj like the homemade food. Vanraj also enjoys Anupama’s special dishes. Kavya calls it unhealthy. Samar tells her that Vanraj is fit because of Anupama’s healthy food. Vanraj asks Samar to use his card in any emergency. Samar refuses to take his help. Vanraj asks him not to have arrogance. Samar tells him that nobody can become like Anupama. He wants them to realize that being with Anupama is a blessing in itself. Pakhi reaches the school. The girls laugh on her about Vanraj and Kavya’s affair.

Anupama finds Pakhi crying by the taunts. She wants Pakhi to answer them. Pakhi gets rude towards her. She asks Anupama to care for her career. Anupama does her job at the school and also runs the dance classes. Kavya gets a shocking call. She reveals to Vanraj that he is fired from his job for not meeting the targets. He is moved by the termination letter. He can’t believe that he lost the job. Samar and Nandini get a good news for Anupama. He tells that Anupama has got new students now. He tells her that they will soon open a dance school.

Anupama gets happy that her dream is getting fulfilled. Vanraj is stressed that he won’t be able to handle his family expenses. He wants to talk to his boss. He can’t accept the termination letter. He stays in his ego. He wants to find a new job. He calls Anupama by mistake. Anupama learns that he lost his job. Vanraj tells that he can get any job because of his experience. Anupama is upset on knowing his sad news. Kavya consoles Vanraj that things will be fine. Vanraj wants to fix things. Leela tells the family that Kamini has asked for financial help, which just Vanraj can do. Anupama asks Leela not to call Vanraj.

Leela asks if Anupama would give the money. Anupama gives the news that Vanraj lost his job. Leela prays for her son. Vanraj applies for new job. He tells Kavya that he will easily get a job.

Kavya wishes so, but knows the ground facts that its not so easy to find a job. Anupama tells that Vanraj’s call got connected unknowingly and she heard the matter. She knows that Vanraj is capable and would soon find a job. Rakhi arrives once again with another drama on her mind. Kinjal gets Vanraj’s job in his company, while Vanraj feels insulted by his seniors. Vanraj gets into an argument and cleans his cabin to leave. Kinjal gets the good news for the family about her job. Anupama is happy for Kinjal. Will Vanraj learn that Kinjal has taken over his position? Keep reading.

Reviewed Rating for this particular episode Anupama Written Update 27th January Kinjal replaces Vanraj: 4/5 This rating is solely based on the opinion of the writer. You may post your own take on the show in the comment section below. 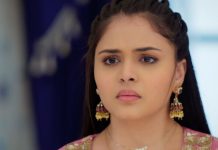 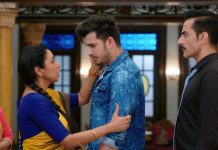