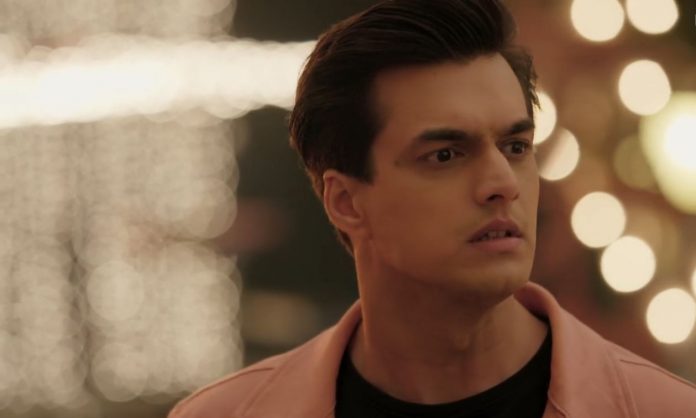 Yeh Rishta Major shock 2nd February 2021 Written Update Fate brings Kartik back to the Ghoomar event where Sirat is going to perform. The Banjaran Maai is actually a fortune teller, who predicts that Sirat and Kartik’s lives are going to change after their meet. She tells Kartik that he has finally arrived at the destination, he shouldn’t go anywhere else, he should stay back with her and believe her word to see his life changing. Kartik doesn’t get into her words when she tells him that his wish will turn true, he will meet someone with whom he parted long time back.

She asks him to test his luck. Kartik tells her that he has to take his son home. He doesn’t want to stay back. Maai leaves him free. She tells him that he will come back because of the fate, he will meet his love if its written in his fate. Maai’s words get true. His car breaks down and he gets helpless to stay there at the event. He looks for a mechanic. He informs Kairav that he will be back with the mechanic soon. Kairav so wishes that Kartik meets Naira.

He wants Kartik to believe him once. Kartik doesn’t imagine that he can see Naira in the event. He passes by Sirat many times. There are hits and misses. Maai meets Sirat as well and tells her that the prince charming has come to take her home. She tells Sirat and Maudi that she has got Sirat’s would be husband with her, Sirat’s life will be changing, she will be becoming really rich by marrying a rich guy. She tells them that the guy is kind and would love Sirat a lot.

Maudi gets happy when Maai praises Kartik. Maai’s words remind Maudi of Kartik. Maudi wishes that its Kartik, but thinks that he is already married to someone. Sirat doesn’t believe Maai and her prediction. She doesn’t think she is going to meet anycharming guy in the event. The situation turns dragging a few times when they eventually meet, but fail to see faces. Kartik helps out Sirat when she stumbles down, but he doesn’t see her face because of the darkness. Sirat thanks Kartik and makes a quick leave. Kartik connects with her voice.

He looks for her to know her. Sheela and Nanko also become a part of the Ghoomar night. They see Kartik’s car parked there and get a wish to own one. Maudi sees the car and recalls Kartik, who had been so caring towards her. She wants to meet him again and pay back his favor. Maai thinks its time for Kartik and Naira to meet. She takes both of them for the dance. Kartik is clueless of the fate taking a big turn. Sirat is also unaware. Sirat performs Ghoomar on Maai’s insistence. Kartik finally gets to see Sirat in the flickering lights.

He is shell shocked to see Naira in front of his eyes. He can’t believe that his Naira is alive. He gets a shock on his life on seeing her. He is pleasantly surprised and rushes to see her. He hugs her out of excitement and gets punched by her in return. Sirat doesn’t know him and pushes him far away when he tries to get close. Sirat’s behavior leaves him stunned. Will Kartik know her truth? What will happen next? Comment below and keep reading.

Reviewed Rating for Yeh Rishta Major shock 2nd February 2021 Written Update: 5/5 This rating is solely based on the opinion of the writer. You may post your own take on the show in the comment section below.