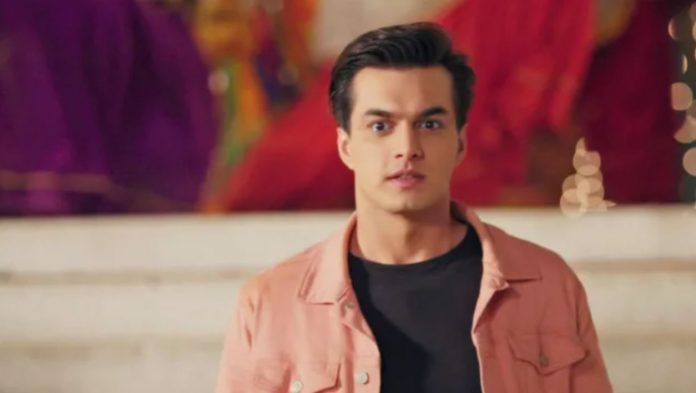 Yeh Rishta Kartik big decision 4th February 2021 Update Kartik brings Kairav home with a heavy heart. Rhea just wants to get close to Kartik by using his children. Kartik doesn’t tell the family that he has seen Naira, Kairav was saying true that he had also seen Naira in the hostel. He doesn’t reveal anything and just weeps with sorrow. The family gives a warm welcome to Kairav. Manish is regretful for the fact that he didn’t understand Kartik and Kairav’s emotions and parted them away. Kartik’s state makes Manish cry. The emotional cycle between Manish, Kartik and Kairav is painful to watch.

The father-son bond is beautifully evident in their relations. Kartik doesn’t answer anything to Manish. Manish takes it as his annoyance. He wishes he could change things. He promises to not make such mistakes again and give a balanced life to Kairav. Kartik cries a lot by recalling Sirat, who just resembles Naira. He knows that Naira is dead, and Sirat can’t be Naira. He wants to explain his heart not to make false beliefs and illusions. He knows that he has become Naira for Kairav and Akshara. He cries in his own sorrow, which reflects to Kairav.

Kairav feels guilty for putting his dad in much pain. Kartik tells him that he has also seen Sirat, who just looks like Naira but she isn’t Naira in reality. He wants Kairav to accept the truth and not let the mind play any games. He doesn’t want Kairav’s little mind to get big hopes and shatter down. Kartik deeply misses Naira. Kartik consoles Kairav in an emotional way to explain him that Naira left them forever and would never return. Kairav wishes that angels bring back Naira to them.

On the other hand, Sirat gets confronted by Sheela for having an affair with Kartik. Sheela accuses Sirat for an affair. Sirat refuses to know Kartik. Sheela shows Kartik and Sirat’s picture clicked by Nanko. She asks Maudi to find out the truth if Kairav is really Sirat’s son. Maudi stops Sirat from the argument further. She wants to see the guy in the picture, but Sirat dismisses the matter by tearing the photograph.

Sirat wishes to never meet Kartik and Kairav again. Sheela asks Maudi to get Sirat married to someone before its too late. Maudi wishes Sirat finds someone like Kartik. Later, Kartik is still dealing with his inner conflict if there is a chance that Sirat is Naira. Rhea meets him to show her concern. Kartik realizes his responsibility towards his children. He doesn’t want his heart to long for Naira, knowing its not possible. He decides to never send Kairav to the hostel where he met Sirat. He doesn’t think Sirat will come down to Udaipur ever and collide with them. Sirat gets a big opportunity in Udaipur.

She prepares to leave for Udaipur for the boxing match which will decide her future. She hopes her dreams come true and she gets selected for the state championship. Kartik’s heart wants to find about Sirat to eradicate the chances of Naira’s identity. He wants to be double sure before closing Sirat’s chapter. Will Kartik learn that she is actually Naira, rescued by Maudi? What twists will we get to see? Comment below and keep reading for further updates on the show.

Reviewed Rating for Yeh Rishta Kartik big decision 4th February 2021 Update: 3/5 This rating is solely based on the opinion of the writer. You may post your own take on the show in the comment section below.