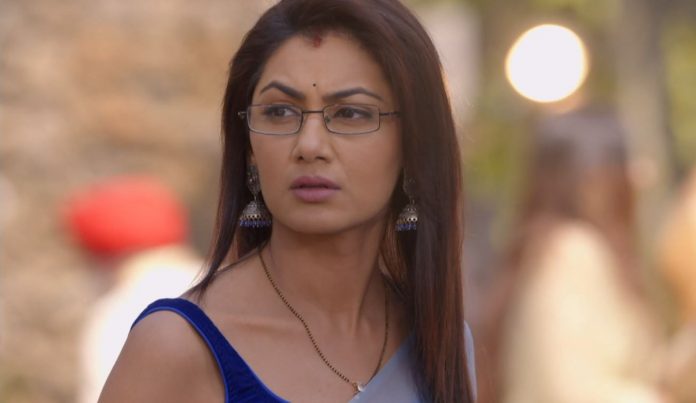 Kumkum Bhagya 10th February 2021 Written Update Danger strikes Pragya is glad to know that Abhi loves her so much. The fake inspector is happy to trick the actual police and joins the henchmen gang. They all prepare to kill Abhi and Pragya. He tells the gang that he has got Abhi at the farmhouse and fooled him, Abhi will be dying after enjoying the Sangeet. He invites his friends, the henchmen at his house. He tells that he has not killed Abhi and Pragya knowing that his friends got the contract. The fake inspector Ashok is also hired by Digvijay for the same purpose. Abhi and Pragya have a fun moment. They have the annoyance carried along. They perform in the Sangeet.

Abhi praises Pragya a lot. He tells that he can’t let anyone else admire his wife. He asks her for a kiss if she wants to settle scores. She tells him that she can’t kiss him publicly. She tells that they had no guests to attend the marriage. He tells that its a tax from his side. She tells him that he should come to the room or else forget the kiss. He wants her to love him back as much as he loves her. The people see them and comment on Abhi’s silly ways.

Ashok’s sister Neha also likes Abhi. She wishes that her would be husband is like Abhi, loving and caring. Pragya tells Abhi that she has come with the Kumkum, its important for her, she should fill the sindoor in her hairline. Abhi fills the Kumkum as her pride. She tells him that she had applied Kumkum of his name for 20 years. She wants him to fill Kumkum by his hands. She wants his promise. He tells that its a matter of pride for him as well.

He promises her that he will always fill her hairline with Kumkum every day. Abhi senses danger around and stops midway while making the promise. Pragya kisses him with love. Abhi thinks its a sign of happiness and celebrations. He tells Pragya that she looks really gorgeous. Pragya asks him to dance. They dance happily. Shooter wants to kill Abhi and give him a bad death. He tells that he will not spare Abhi and Pragya as well.

He wants them to beg for death. He goes to the farmhouse to shoot them. Abhi and Pragya’s performance becomes the highlight of the Sangeet. Abhi and Pragya rush away to a room. Pragya gets to see Ashok’s pictures with the henchmen. She realizes that they are in wrong hands at a wrong place. She wants to call Abhi and inform him. She gets stressed. Abhi loses track of Pragya.

He asks Neha about Pragya. Neha wants to tell him something. Ashok’s mum finds Abhi alone. She asks Ashok and the shooter Bittu to come home soon. The henchmen are prepared. Ashok’s mum tells that she has kept the swords ready. Pragya gets attacked by Ashok’s wife, who later informs him about fainting Pragya. She tells that Pragya has seen his picture with Snake and Bittu. Snake asks her to just get Pragya at the same place where they kill their targets. Baljeet and Sarita are worried. They call the pandits home for the special prayer to protect Abhi and Pragya. Pandit warns them that the danger is too big. Pragya gets caught, while Abhi is busy looking for her. Will he find Pragya and save her from the assassination? Keep reading.

Reviewed Rating for Kumkum Bhagya 10th February 2021 Written Update Danger strikes: 3/5 This rating is solely based on the opinion of the writer. You may post your own take on the show in the comment section below.