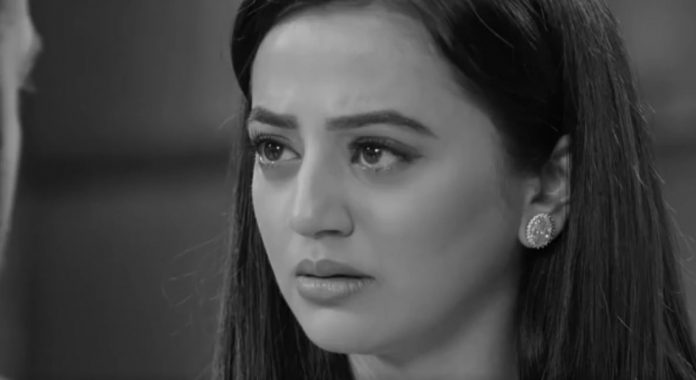 Ishq Mein Marjawan 2 15th February 2021 Update New enemy There is a new threat on Riddhima’s life. Vansh is scared that his baby will become his weakness. He doesn’t want to become a father, if he knows that his baby will just earn enmity than blessings. He wished that Riddhima’s blessing came as a boon for him but it comes as a curse. Vansh is scared of a curse given to him by a henchman’s wife. He shouldn’t be caring for the henchman’s family, who actually wanted him dead.

He takes the curse so serious that he stops believing that he can actually become a good father who can happily raise his baby. Vansh doesn’t want the same thing to happen with Riddhima which happened with Ishani. He believes that he is responsible for the loss of Ishani’s baby. He has tried hard to explain himself to Riddhima by sharing his fears that he doesn’t want a baby. Riddhima is trying to convince Vansh that his baby will be raised in a protected and safe environment, there won’t be any danger on the baby.

Vansh doesn’t think its possible because of the kind of risky business he runs. Riddhima doesn’t know that Vansh was smuggling diamonds. Kabir is well aware of the business and reaps benefit as well. He doesn’t want Vansh to find out his motives, that’s of separating Riddhima and Vansh. Kabir got the diamonds, turned Chang into Vansh’s enemy, seeded Riddhima’s mind with mistrust and won Ishani on his side. Kabir plays the game smartly.

He has no plans to harm Riddhima’s baby. He wants Vansh to express his hatred towards the coming baby, so that Riddhima gets heartbroken. He plans to shoulder her when she gets dejected. Riddhima and Vansh go through testing times. Riddhima gets attacked by a stranger, who wants to harm her baby. She isn’t aware of the mysterious enemy. She doesn’t want to confide the attack news with Vansh, which will make him more certain of his decision of not having the baby. She wants to deal with the matter herself.

Riddhima goes to the hospital for her checkup. She finds a couple there. They wishes Vansh also cares for her the same way. She imagines Vansh at her side, caring for her and being happy to welcome their baby. She knows its a new journey for them. She calls Vansh to take him for sonography. She is followed by the mysterious enemy. She tells the nurse that her husband didn’t come by now, maybe he is stuck in traffic.

To her shock, Kabir arrives there instead Vansh. Kabir tells Riddhima that he came to accompany her for the first sonography. She tells that Vansh will come in some time. He tells that Vansh will never come, he will not welcome the baby in their lives. The doctor assumes Kabir as the baby’s father. Riddhima clears that Kabir is the baby’s uncle, he came to drop her. She asks Kabir to just leave. Riddhima gets saved from the enemy’s attack when the nurse unknowingly helps her. Vansh is affected by the curse.

Riddhima gets the sonography done. Kabir meets Vansh at home to tell him that he should be celebrating his baby’s arrival. He asks him to be with Riddhima. He angers Vansh by predicting that Vansh doesn’t want the baby. He tells Vansh that he will do a father’s duty, he will become a good father for Riddhima’s baby. He reveals that he went to be with Riddhima during her sonography. Vansh punches his face in anger. He doesn’t want Kabir to speak any such nonsense.

He tells Vansh that he was just joking. Vansh punishes him in anger. He warns Kabir to be away from Riddhima. Riddhima returns home with the sonography reports. She shares her happiness with Dadi, who isn’t aware of the poison added in the milk. Dadi asks Riddhima to have the milk. Riddhima gets targeted by the enemy again and again. She doesn’t consume the milk when Vansh reaches her. She confronts him for not turning up at the hospital. Vansh drinks the poisoned milk by mistake. He feels uneasy because of the poison. Riddhima runs to help him when she finds the rat poison bottle. Kabir arrives for help.

He asks her if Vansh is fine. She shares her tensions with him. She tells him that Vansh just had the milk. He tells that maybe Vansh has some reaction to almond milk. He asks her to make salt water to make Vansh vomit out the almond milk. He wants Riddhima to worry for him as well. Riddhima helps Vansh in expelling the poisoned milk. Vansh gets into a stable state. Riddhima tells him that she was much scared. He tells that he felt like he was poisoned.

Riddhima realizes if someone added the poison in the milk to target her baby. She tells him that the milk had poisoned. Vansh asks her not to overthink. She gets scared. She tells him that he saved her baby’s life by drinking the poison. He tells that he just saved her life. She shares the sonography reports to him to show the baby. She wants him to develop fatherly emotions for their baby.

Riddhima prepares to meet Vansh and get his surprise. Chanchal finds Riddhima going alone. Ishani too hides in the backyard to attack Riddhima. Riddhima falls in trouble when she gets attacked by someone. Vansh realizes that she is in huge trouble when he spots her broken bangles. Riddhima doesn’t know that she is actually kidnapped by the enemy. She thinks Vansh is playfully kidnapping her. Vansh wants to save her. How will Riddhima fight the enemies she isn’t aware of? Who is targeting Riddhima this time? Is this Ishani, Aryan, Chanchal, Angre or Kabir? What do you think? Comment your view and keep reading.

Reviewed Rating for Ishq Mein Marjawan 2 15th February 2021 Update New enemy: 4/5 This rating is solely based on the opinion of the writer. You may post your own take on the show in the comment section below.