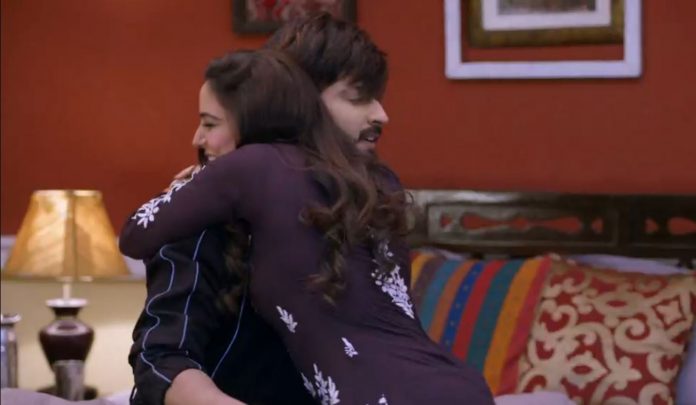 Kundali Bhagya 17th February 2021 Written Update Love moment Sherlyn awaits Prithvi to celebrate the valentines day. She wanted him to get some gift for her. She gets into a bad mood. Mahira meets her to share the happy news. She tells that Karan has gone to Preeta’s house to show her real status. She reveals that Preeta had gone in anger. Sherlyn asks Mahira to share her problems as well.

Mahira doesn’t want to hear Sherlyn’s sad talks. She tells that she wants to be happy. Sherlyn is angry on Prithvi. The neighbors tell Sarla that Karan rules on their hearts, he can never be a thief. Karan enjoys his fame. He gives his autograph to his fans in Preeta’s locality. Preeta is happy seeing Karan’s respect. Shrishti tells that there is no thief in their house. She sends away the neighbors. Sarla asks Preeta how did Karan come home. She wants Preeta to admit what is going on.

Preeta tells that Karan would have to tell her something. She asks Karan to confess his feelings to her in front of Sarla. She puts him into a fix. Janki asks them why are they tensed to speak when they are husband and wife, they aren’t unwedded lovers. She asks Karan to tell Sarla that he came to celebrate Valentines day with Preeta. Karan is speechless. Preeta wants Karan to say it. Shrishti tells that coming from the window and hiding secretly is so romantic. Karan admits that he had punched a man in darkness, the man was shouting on seeing him. Preeta tells Sarla that she was feeling suffocated and opened the window.

Sarla finds Preeta’s hand hurt. Karan and Sarla worry for Preeta. Sarla tells that its her own house, Preeta has mention her wish. Sarla wants Preeta and Karan to be happy. She asks Karan to go home if he met Preeta. He expresses his wish to take Preeta home. He tells that he was too angry on Preeta for leaving his house. He tells that Preeta’s stand was right, he trusts her always. He promises to Sarla that he will never let Preeta’s esteem get less. Sarla wanted to hear it from him. She knows that he is a nice person, he wanted her to trust Preeta always. She wants Preeta and Karan to have their lovely bond filled with trust and respect.

She tells that Rakhi loves Preeta a lot unlike Kareena. She wants his promise to always trust Preeta. Karan promises her. He asks her permission to take Preeta home. Sarla asks him to stay back at night or take Preeta in the morning. She doesn’t want to send Preeta in the night’s darkness. Karan hugs Sarla thankfully. Their happiness finally completes in their family. Karan tells that he would come the next day and take Preeta home. After he leaves, Janki pulls Preeta’s leg. Preeta goes to her room and finds Karan there once again. She asks him what is he doing when he was going to come in the morning. Karan tells that he has come to do the aid to her hand. She finds his caring side amazing.

Janki doesn’t understand what Shrishti means. Shrishti teases Preeta that her love story started. Preeta tells Karan that she got haldi for him. She adds that she had hidden his presence from everyone. He tells that she can tell the family that he came back for her aid, he is her husband after all. He also playfully teases Preeta’s shyness. Preeta does the aid to his injuries and they come closer into the moment. Do you like this episode? Keep reading.

Reviewed Rating for Kundali Bhagya 17th February 2021 Written Update Love moment: 4/5 This rating is solely based on the opinion of the writer. You may post your own take on the show in the comment section below.