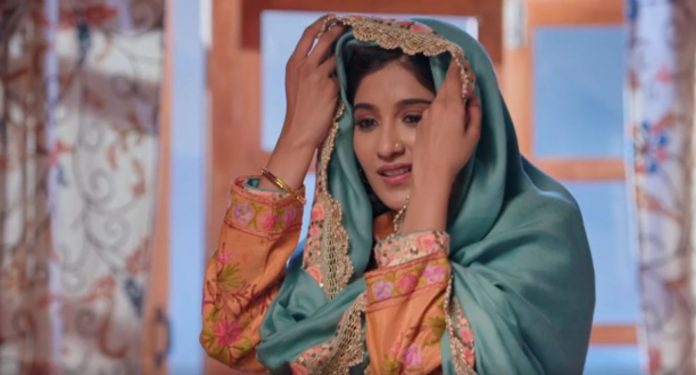 Choti Sardarni 17th February 2021 Written Update Meher decision Sarabjeet meets Meher and Seher. He doesn’t know that she is his wife Meher. He doesn’t identify her by her voice. He gifts her as a token of gratitude. He tells that she is Karan’s fairy mother who saved his life. Meher accepts the gift. She asks him to have food before going. Sarabjeet tells that he will come next time. Meher has taken up identity of Sirat. Karan tells that she makes the best food. Sarabjeet tells that Meher used to make the world’s best food. Meher goes to make food.

Kulwant keeps an eye on Karan. Meher serves the food to Sarabjeet. She tells that its his favorite food. Sarabjeet asks how does she know it. Seher tells that her mum knows everything. Karan gets love from Meher. Sarabjeet identifies the food made by Meher. He misses Meher. He gets emotional just like Meher. He tells her that its like Meher’s handmade food. He sees Sirat taking care of Karan like a mother. He is impressed by her. He tells that he was missing Meher and wanted to have such tasty food. He suspects that she is Meher. She clears his doubt.

Param calls Sarabjeet. Meher gets excited to see Param. Sarabjeet speaks to Param on the video call. Param shows the painting of Meher. She tries to see Param once. Param disconnects the phone. Sarabjeet tells them that Meher is in his heart. Kulwant takes a dangerous avatar to trap the kids. Karan and Seher get scared seeing her.

She appears like a witch to them. Kulwant extracts the information from Seher. She happens to see Sarabjeet. Sarabjeet tells Harleen that he has no identify without Meher, he will find her. Harleen wants to tell him about Meher. She asks him to come home. Sarabjeet takes a leave from Meher’s house. Sunny clicks some pictures to send to Harleen, but he is confused. Sarabjeet asks Meher how does she know about Karan’s low immunity. Karan tells that he has told Sirat about him. Meher feels she can’t lose her family again. She wants to stop them.

Reviewed Rating for Choti Sardarni 17th February 2021 Written Update Meher decision: 5/5 This rating is solely based on the opinion of the writer. You may post your own take on the show in the comment section below.