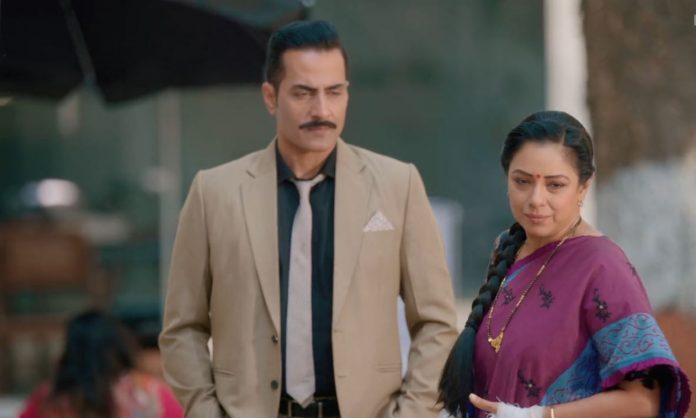 Anupama Vanraj heartfelt confession Upcoming twists Anupama and Vanraj sign the divorce papers. They are asked to change their decision if possible in the period of six months of reconciliation. Anupama thanks Vanraj for freeing her from the marriage. Vanraj tells her that he has realized that divorce isn’t a small issue, its really a big change in the lives to accept. He tells that they had a relation of many years, he has been unjust towards her. He apologizes to her for his mistakes. He tells her that he had lost his mind and called her mentally unstable, just to have a relation with Kavya.

She tells him that she will forgive him when he frees her from the marriage. He tells her that Hasmukh was right, he isn’t happy after leaving her. He feels he lost everything, his family, peace, prosperity and joy after losing her. He acknowledges her efforts. She tells him that she was alone in their marriage, he was with Kavya. She asks him not to talk of their past when he is with Kavya in the present. He tells that he has her memories.

She tells that he has no right on her memories. She tells him that she will never curse him, she will never wish bad for him, he shall stay happy with Kavya. She reveals that she had love for him and then anger, but there is no emotion left in her heart. She adds that life has given them a second chance. She asks him to learn to live with Kavya to the fullest. She gives her good wishes to him. He feels terrible with the thought of their divorce. Anupama shows her strength in her smile. She wants to see him smiling too.

Vanraj sheds tears on thinking of their happy marriage moments. Anupama just has bitter memories of Vanraj in her mind. She can’t forgive him for the past. Vanraj didn’t wish things to get so ugly. He feels guilty of breaking her heart. They both are in pain. They have deep regret that they couldn’t save their marriage from the storms. They wish everything gets fine for them. Their tears don’t stop. She hopes that Vanraj will move on, she has to move on too. He doesn’t know when will things get fine.

Moreover, Vanraj returns to Kavya with the news of his divorce application. She tells him that he will soon get divorced and then they can marry. He asks her to divorce Anirudh. She tells that she is trying. She wants to celebrate with him. She mentions that their life will be perfect. Pakhi finds Kavya brainwashing Vanraj and is upset. She senses Vanraj’s sorrow. Leela awaits Anupama. On Anupama’s return, Leela enquires about the divorce counselling. Anupama tells that the divorce will be taken after six months.

Pakhi shares her sorrow with Vanraj. She is affected by her parents’ separation. Hasmukh tells that Kavya will also come with Vanraj. Leela and Anupama are okay with it. Anupama asks Leela to talk to Kavya once, she may have other plans. Leela tells that Vanraj will just listen to her. Kavya tells Vanraj that he should send Pakhi to Anupama’s house, so that they celebrate the birthday together. She puts up his shocking request. Anupama tells that Kavya may stop Vanraj. Hasmukh tells that either Leela or Kavya’s heart will break.

Vanraj doesn’t want to ask Pakhi to leave. He tells that Leela celebrates his birthday like a festival. Anupama hopes that there is no big issue in the birthday party. Kavya convinces Vanraj with her love. Pakhi gets heartbroken. Pakhi returns home to Anupama on knowing Kavya’s demand of sending her away. What will happen when Vanraj gets helpless to leave either of Leela and Kavya’s party? Whom will Vanraj choose? Family or Kavya? Did you like the emotional Vanraj in today’s episode and find him justified at heart? Keep reading.

Reviewed Rating for Anupama Vanraj heartfelt confession Upcoming twists: 5/5 This rating is solely based on the opinion of the writer. You may post your own take on the show in the comment section below.