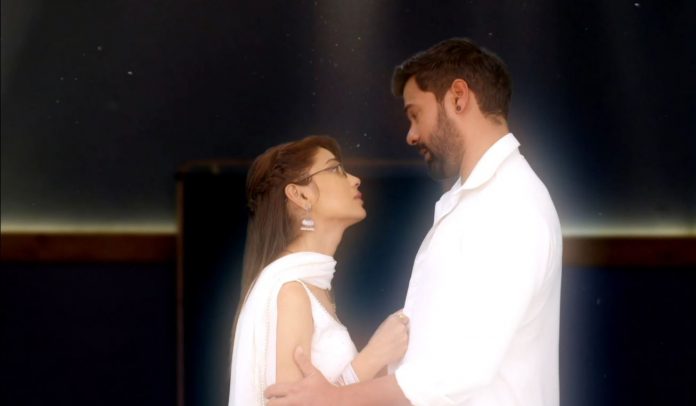 Kumkum Bhagya 24th February 2021 Written Update Abhi soul meet Abhi gets critical in the OT when the doctors operate him. Pragya gets saved from Bittu. She wishes to go to the hospital and meet Abhi. She wants to save him at any cost. Sarita tells Prachi that they shall go and pray for Abhi. Doctors discuss about Abhi’s condition. They realize that Abhi in sinking, the bullet can’t be removed, and even if they do, Abhi is at risk, his vitals are sinking.

Sarita doesn’t want Abhi and Pragya to get separated. Prachi didn’t think for her happiness to unite Pragya with Abhi. She wants Pragya to stay happy. She prays for Abhi’s life, since he is Pragya’s happiness. The doctors break the shocking news to Abhi’s family that he is no more. They declare Abhi dead. Aaliya and Rhea break down by the news, just like Purab, Ranbir and Baljeet. Baljeet faints down. Rhea wants to go to Abhi. Aaliya consoles Rhea. She asks Abhi to come back to them.

Rhea also faints down by the shock. Doctor asks Aaliya to sign the papers and complete the formalities for taking the dead body. Aaliya feels miserable. Prachi tells Sarita that something wrong has happened. She doesn’t want to accept that Abhi is dead. She gets worried seeing Rhea’s state. She learns that Abhi has left them forever. The nurse tells that Rhea couldn’t tolerate the shock of her dad’s death and they had to give her a sleeping medicine to calm her. Prachi is also in shock. Sarita and Shahana support her.

Prachi worries for Pragya, who has just reached the hospital to see Abhi dead. Pragya tells Abhi that she has come to revive him like the earlier time, he has to come back for the sake of her Kumkum. Aaliya meets Pragya to reprimand her, since she is the inauspicious person in his life. She blames Pragya for snatching Abhi from them. She asks Pragya to leave from their lives. She tells that Abhi is really dead. Pragya can’t accept his death. She tells that Abhi will come back. Aaliya wishes that Pragya’s wish is fulfilled and he comes back to life.

Pragya tells that he can’t leave her alone. Aaliya further humiliates Pragya. She asks Pragya to accept that she has become a widow. Pragya doesn’t accept that Abhi left her and widowed her. Pragya’s dream of meeting Abhi breaks down. She runs away from the goon’s clutches. The goon informs Bittu that Pragya has escaped by hiding in the car dickey. Bittu asks him to follow Pragya. She also leaves for the hospital where Pragya just went.

Pragya tells the guard that a goon is after her life. She rushes inside, when the guard helps him. Guard asks the goon to just get away. He warns the goon about the police. Pragya asks the nurse about Abhi. She meets Abhi and finds him not responding. She tells Abhi that she has come all the way to meet him. She realizes that Abhi is lifeless. Abhi lies dead. Pragya tells him that he has to get up for her sake, her Kumkum, her love.

She tells that he can’t leave her alone to lead a life miserably. She swears that she will never leave him alone. She tells that he has to take her along if he is really going. She feels terrible and faints there holding Abhi’s hand. Abhi and Pragya have a soulful meet. She tells him that she felt he left her. She adds that she will die to live with him in the heaven, she isn’t scared to leave her physical body. Abhi tells her that he had died, she didn’t die, she just got connected with his soul. She mentions that their story has no end.

He tells that their love story didn’t end, they will always be connected by her Kumkum Bhagya. He has to leave for the other world. He has to live for the sake of their daughters. She doesn’t want him to go away. He tells that he had come to bid her a bye. She commands him to stay back. He tells that he loves her a lot. He feels bad that he never completed his responsibilities. He wants her to let him go away. What do you think, will Pragya succeed to revive Abhi? Keep reading and comment your view below.

Reviewed Rating for Kumkum Bhagya 24th February 2021 Written Update Abhi soul meet: 3/5 This rating is solely based on the opinion of the writer. You may post your own take on the show in the comment section below.