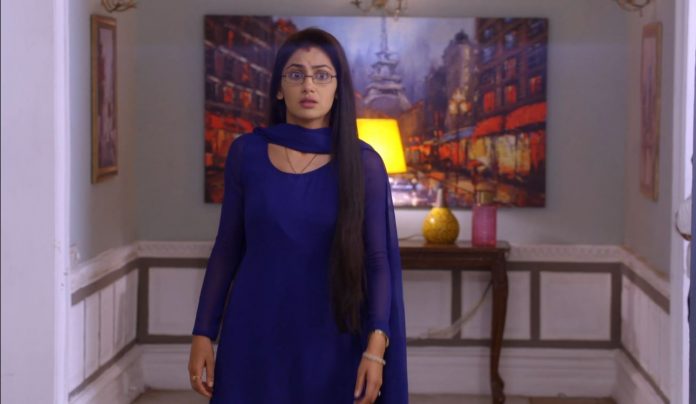 Kumkum Bhagya 25th February 2021 Written Update Abhi big secret Pragya is much shocked to realize that Abhi isn’t responding to her, he is really dead. She asks him to wake up and fulfill his promise. She wants to be with him. She tells that she will take him home. The hospital staff tells her that Abhi is dead. Pragya shouts on the staff. She wants the doctor to check Abhi again, Abhi is alive. Bittu reaches the hospital to find Pragya. He wants to find Pragya and kill her before Digvijay arrives.

Digvijay learns that Pragya has run away from his clutches. He vents anger on the henchmen. He calls up Bittu to tell him that Pragya has to die, since she knows Abhi’s killer. He asks Bittu to give him a good result. Pragya tells Abhi that she won’t let him go away alone. She wants to die with him if he doesn’t listen to her. She urges him to fight for her sake. She beats Abhi and pumps his heart to revive him. She reminds him the promise that he will never leave her. Abhi returns from the dead for Pragya’s sake.

Pragya senses his heart beating again. He regains a pulse and sensation. Pragya fills life in the dead body by her love. She tells that her heart knew that he will never leave her alone. She tells him that she will call the doctor to treat him. She shouts on the staff. Bittu overhears Pragya. Pragya tells the staff that Abhi is alive. The nurse is shocked by the impossible thing when Pragya makes her check Abhi’s running pulse.

The nurse goes to inform the doctor. Pragya finds Bittu chasing her again. She is helpless to leave Abhi and hide away. Doctor checks Abhi and tells that its a miracle, that Abhi has returned from the dead. Pragya wants to distract the killer. She gets Bittu’s attention on her, while the doctors take Abhi in the OT for the surgery. Bittu doesn’t learn that Abhi is alive. Pragya runs a lot and faints down. She gets rescued by the hospital staff. Bittu fails to harm her on seeing the police around. Bittu returns to his place and gets bashed up by Digvijay for the failure.

Digvijay tells that he just wants to win, he will kill Pragya just like he killed Abhi. He wants to fulfill his revenge. Prachi brings Pragya home. Pragya meets her family. She asks about Abhi. Sarita and Prachi don’t know that Pragya has revived Abhi. They try to hide the truth from her. Sarita adds that Abhi is at his home and he is okay. Sarita tells that the doctor had left hope, but Abhi got alive. She adds that Pragya had gone in coma and its been two days now. Pragya tells that she wants to meet Abhi.

Prachi tells that she had gone to meet Abhi, but Aaliya didn’t allow her. Sarita asks Pragya to wait for some days. Pragya tells that she can’t stay without meeting Abhi. She tells that nobody can stop her from meeting him. Sarita wishes that everything stays fine.

Rhea vents anger on the family who are behaving normal after knowing what happened with Abhi. Rhea reveals that Abhi isn’t well, she can’t see him in such a state. She has much concern for him. She rushes to see Abhi. Sarita is worried that Pragya didn’t return home.

Rhea wants Aaliya to show some affection. Sarita tells that they should think something positive. Prachi plans to cook food for Pragya. Mehra family doesn’t want Abhi’s truth to come out in front of the world. Aaliya tells that Abhi has changed, he isn’t the same. She tells that she will change her servants to hide the secret. Pragya arrives there to meet Abhi, but gets hindered by Aaliya. What happened to Abhi? What is his big secret? Did Abhi lose his mental health and get unstable? Will we see a mentally challenged Abhi in the coming track? Should Pragya take up Abhi’s responsibility and cure him? What do you think about the secret twist? Comment below and keep reading,

Reviewed Rating for Kumkum Bhagya 25th February 2021 Written Update Abhi big secret: 4/5 This rating is solely based on the opinion of the writer. You may post your own take on the show in the comment section below.