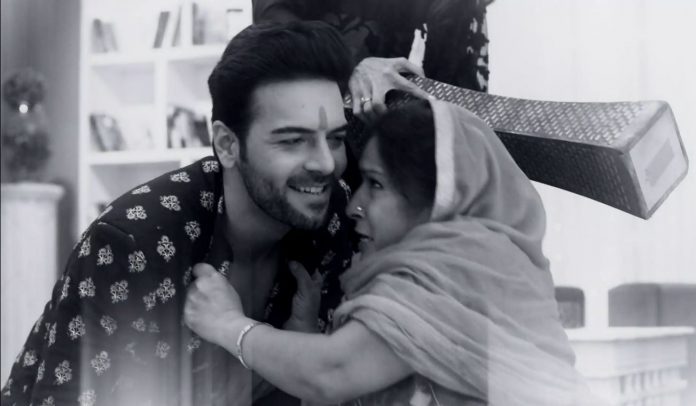 Kundali Bhagya Prithvi shocker 27th February 2021 Maha Episode Karan tells them that the family can’t accept Prithvi so easily. Karan tells Preeta that he will never accept Prithvi, he won’t give up. He tells her that the family doesn’t know Prithvi’s evil, but they know it well. Preeta tells that Prithvi will really fulfill the challenge, he has come with some motive for sure. Prithvi pleases Kritika with his talk. She tells him that she really meant when she said she respects him. She is thankful to him and is happy.

He tells that he is also happy. He worries that Sherlyn would be going mad in anger. He wants to meet her once. He tells Kritika that he has to talk to his mom. He doesn’t want Sherlyn to expose him. Shrishti tells Janki that Kritika is marrying Prithvi. Janki asks doesn’t Kritika know that Prithvi is evil. Shrishti tells that Kritika has no idea about his truth, even Kareena is believing him now. She tells that Prithvi is getting much respect from the Luthras. She asks how did Sherlyn let the marriage happen.

Prithvi meets Sherlyn, who beats him up in rage. He tells that she knew she will react in this way. She tells that she doesn’t care for anything. She beats him with the slippers. He asks her not to doubt on his character. She rebukes him for impregnating her and marrying Kritika.

He wants her to give him a chance to explain. She tells him that she will not forgive him. She gives him electric shocks as well. He asks her not to be mad and give her just 5 minutes to explain. Sherlyn finally gives up to let him speak. Prithvi tries to convince her that he has done everything for her sake. He urges her to support him in his plans to destroy Karan and Preeta’s relationship and also the Luthra family.

Prithvi tells that he has come to strike the family by residing between them to catch their weakness. He wants Sherlyn not to melt heart for Rishabh, and instead reminds their love. Rishabh makes an entry and is shocked to see Prithvi home. He opposes Prithvi knowing the kind of cheapster he is. Prithvi doesn’t care for anyone, since Sherlyn agrees to support him. Prithvi goes ahead with the marriage with Kritika. How will Preeta deal with Prithvi’s dirty mind games? Do you like Rishabh’s comeback? Comment below and keep reading.

Reviewed Rating for Kundali Bhagya Prithvi shocker 27th February 2021 Maha Episode: 4/5 This rating is solely based on the opinion of the writer. You may post your own take on the show in the comment section below.