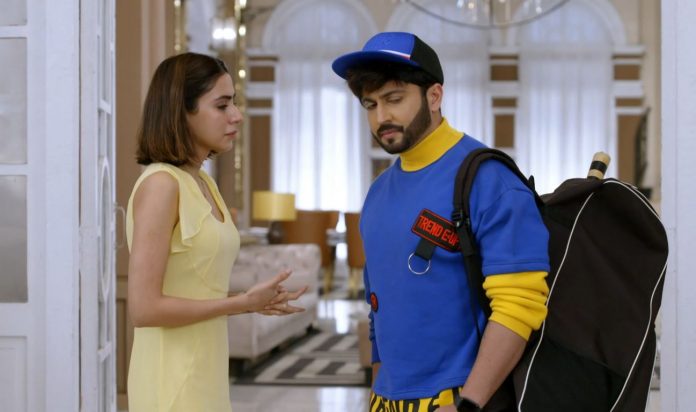 Kundali Bhagya 1st March 2021 Written Update Mahira proposes Karan Sherlyn goes to meet Prithvi. Mahira plans to create situations so that Karan favors her. Mahira compliments Prithvi to be so clever to make a permanent place in front of Preeta. Prithvi tells that he isn’t stupid, he has married Kritika to win the game. He asks her to follow him to learn everything. She tells him that they can join hands and win. He doesn’t want to have any misunderstanding, he wants to play solo and have his own rules. He tells that she can’t change his moves. Prithvi informs Kareena that he is going to get his mom home.

Kareena invites his mom for dinner. She admits that Prithvi is a better guy than Akshay, who refused to marry Kritika in the mandap. She knows that Kritika loved Akshay a lot. She blames Preeta for breaking their relationship. Preeta tells Karan that she trusts him, but she got angry because of Mahira. He doesn’t want her to feel insecure. He goes for his practice. Moreover, Shrishti and Janki try to find out the reason for Prithvi’s return.

She asks Janki not to think that Prithvi has come for revenge on her. She knows that he is really mad. She wants to fail Prithvi’s plans. Sarla learns that Prithvi has married Kritika. Sarla is too shocked that a new problem has come in Preeta’s life.

She knows that Kareena will support Kritika and Prithvi, which will be a new trouble for Preeta. Preeta asks Shrishti not to tell Sarla about Prithvi. She doesn’t want Sarla to get into tension. Sarla tells that she knows the truth. Preeta consoles Sarla. Sarla warns her against Prithvi, who is too clever and tricking. Preeta tells that she will plan something. Shrishti has to go and meet Preeta. Karan finds Mahira crying and apologizes.

Mahira also apologizes for creating a fight between Karan and Preeta. Mahira thinks Karan’s sympathy will soon turn into love. She doesn’t want Karan to know her real intentions of trapping him for marriage. Mahira soon joins hands with Prithvi and Sherlyn to become the evil trio once again, with an intention to separate Preeta and Karan. Mahira gets back into action and proposes Karan for a friendship. Karan knows Mahira’s past actions and is reluctant. Don’t you think the same evil gang comes up with old plans all the time and repeat the story? Comment below and keep reading.

Reviewed Rating for Kundali Bhagya 1st March 2021 Written Update Mahira proposes Karan: 4/5 This rating is solely based on the opinion of the writer. You may post your own take on the show in the comment section below.