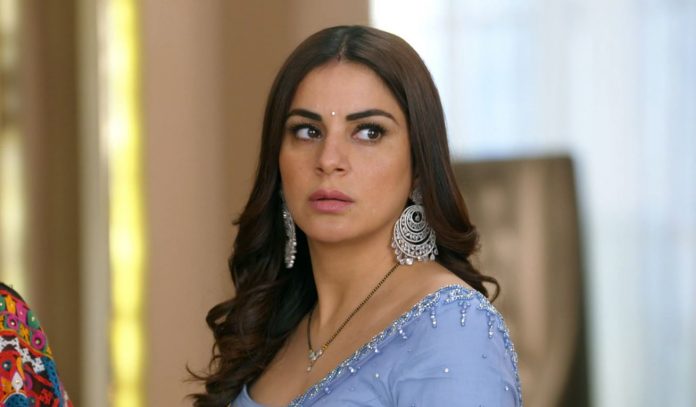 Kundali Bhagya 2nd March 2021 Written Update Breaking news Mahira wants to know if Karan can forgive her for the past. She apologizes to him. He tells her that he can’t forgive her, but she can remain a friend. He also wants to forget everything and start fresh. He tells her that he will not forgive her if she makes such mistakes again. Mahira is glad that he actually wants to make a new start. She changes her strategy. She knows that she has to act sweet, she has to make an entry in his heart and take Preeta’s place.

She wants to show her love. Kareena meets Preeta to invite her in the marriage function. She asks Preeta to handle the function and play Kritika and Prithvi’s pictures to show the guests that they already got married. She doesn’t want to upset Kritika. Preeta tells that she has no intention to upset anyone. Kareena asks Preeta not to care for their emotions and just follow her instructions. She wants everything perfect for Kritika’s marriage. Preeta promises to do as much as she can. Prithvi and Sherlyn have a talk on the way in his car.

He tells her that he has come to take revenge on Luthras. Sherlyn asks him the reason for marrying Kritika. He tells her that he is a one woman lover, he loves her a lot. She adds that he told the same lie to her when he wanted to marry Preeta. He is thankful that she trusts him. He admits that he loves only her. Sherlyn loves him too. He feels he is the luckiest person that he got her love. She gives him a final warning that he can’t cheat her. Prithvi hugs her.

Shrishti gets to see them and follows them. She wants to see if Prithvi is with Kritika or someone else. She calls Preeta to know if Kritika is at home. Preeta tells that Kritika is in front of her. Kritika speaks to Shrishti. Shrishti realizes that Prithvi was with someone else. Meanwhile, Rakhi asks Kareena not to take any tension. She asks Preeta to help in the decorations. Preeta wonders where is Shrishti, why did she call up to know about Kritika.

Prithvi drops Sherlyn. Shrishti learns a shocking news that Prithvi and Sherlyn are still into their affair. She tells that Prithvi would have fooled Sherlyn by his fake love to calm her down. She finds him taking his mother to Luthra house. Shrishti understands his plan. Preeta meets Kritika to alert her about Prithvi’s plans. She tells that Prithvi wasn’t joking, but was damn serious that he came in the house for her sake. Kritika tells her that she had dreamt of a good life with Akshay, she isn’t able to forget him.

Girish informs them that Prithvi and his mother have come home. Kritika asks Preeta not to mind her words. Preeta understands that Prithvi has brainwashed Kritika. Mahira knows that Sherlyn has spared Prithvi by believing him. She finds Sherlyn’s anger down. Prithvi and his mother meet the Luthras happily. Prithvi’s mother dislikes Sherlyn and is too happy to get a simple girl like Kritika as her Bahu. She is in all praise for Kritika, which pleases Kareena. Prithvi tries to impress everyone by his nice behavior.

Preeta knows his true intentions. Shrishti makes an entry in the house. Prithvi calls her as sister-in-law, which leaves Luthras shocked. He realizes his blunder and covers up the matter in his favor. Preeta and Shrishti try to sort out the matter. Shrishti reveals the breaking news that Prithvi is still having an affair with Sherlyn. Preeta feels Kritika’s life is totally ruined. What do you think Preeta should do to expose Prithvi’s truth to Luthras before the marriage functions? Comment below and keep reading.

Reviewed Rating for Kundali Bhagya 2nd March 2021 Written Update Breaking news: 2/5 This rating is solely based on the opinion of the writer. You may post your own take on the show in the comment section below.