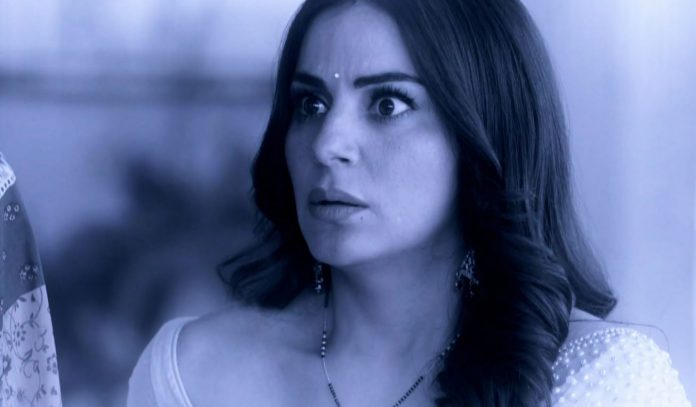 Kundali Bhagya 5th March 2021 Written Update Disaster for Preeta Janki is thoughtful about Prithvi. She realizes that Preeta is so lovely that anyone can love her. She feels Prithvi is a devil, he tried to manipulate her, he was taking sweet things to present himself as a nice man. Sarla tells that he is a devil who cheated them. She is glad that Karan has married Preeta, its good for everyone. She feels Preeta got saved from evil Prithvi.

She counts Prithvi’s crimes. She tells Janki that Luthras don’t know his crimes. She prays that his truth comes in front of Kritika. Preeta and Shrishti stay busy in the arrangements. She tells Preeta that she wants to break Prithvi’s head. Preeta stops her. Prithvi is very happy to see Preeta’s concern for him. He tells that he loves his brother a lot, Pawan is busy and couldn’t come in his marriage. He flirts with Preeta right in front of Shrishti.

Shrishti threatens to stop his marriage. He asks her does she want to marry him, that she doesn’t want him to marry anyone else. Shrishti tells that he is the worst guy. Prithvi scares them of Kareena’s anger. Preeta asks Shrishti to forget it. Kareena asks them not to lose focus and just work hard to organize the function in time. She further insults them. She tells that Prithvi wanted them to get this work so that they make some money. Shrishti asks Kareena to carry out the decorations herself if she wants to.

Preeta gets into a big trouble when Shrishti and Kareena get into a big argument. She doesn’t want anything to disturb Karan further. She wants to keep Kareena happy by obeying her. She regrets that Kritika’s life is getting too spoiled because of her, after all Prithvi has clearly told her that he has come back just for her sake. Preeta feels sorry for Kritika that she can’t help her as Rishabh suggested.

Kareena calms down when Preeta apologizes for Shrishti’s rude behavior. Preeta promises to finish the arrangements in time and not disappoint Kareena. Prithvi irritates Preeta by sticking to her during the arrangements. He pretends that he is just liking to spend time with her. She asks him what does he want. He tells her that he just wants her. He demands Preeta that he wants her and asks her if she can fulfill his wish. She is left in shock by his proposal. She wants him to stay in limits and have some shame while he is going to marry Kritika.

On the other hand, Rishabh has accepted Prithvi for Kritika, since he has no proof against Prithvi. Sherlyn asks Rishabh how did he accept Prithvi so easily when he never liked him. She asks how did he agree for Kritika and Prithvi’s marriage. Rishabh answers her sarcastically. He tells her that many things happened in his life even when he didn’t wish to, it was also against his choice, like their marriage, he never wanted to marry her. He honestly tells her that their relation was never wanted in his life. Sherlyn doesn’t want to trigger him more.

Moreover, Karan tells Preeta that he isn’t happy with the marriage. Preeta admits that even she isn’t happy with it. She asks him to try to accept things and be happy for Kritika’s sake. Karan tells her that he can’t pretend to be happy when he isn’t. She tells him that he has to think of Kritika’s happiness. Will Karan also give up so soon? Will Prithvi not get exposed this time? What evil is Prithvi planning this time to call a disaster for Preeta and the Luthras? Comment below and keep reading.

Reviewed Rating for Kundali Bhagya 5th March 2021 Written Update Disaster for Preeta: 1/5 This rating is solely based on the opinion of the writer. You may post your own take on the show in the comment section below.