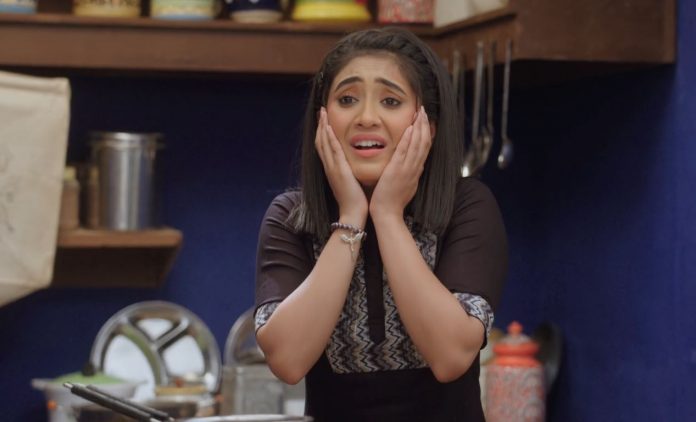 Yeh Rishta 4th March 2021 Written Update Sirat falls in love Kartik gets misunderstood by Sirat once again. She assumes him to be getting the police to search her house for Naira’s ring. She tells him that she didn’t steal any ring and can’t permit him to search her house. Kartik wants to clear her misunderstanding. He tells Sirat that he didn’t come to get her arrested. He speaks to the police to defend her. He tells that Mukesh has filed the complaint against her since she broke the house lock to get in.

Mukesh arrives there to confirm that he wants to see Sirat behind the bars. He thinks this will ruin her career and life. He challenges Sirat to help herself if she can. Sirat loses her mind on seeing Mukesh and Sheela troubling Maudi and her again. Kartik excuses himself to find a solution to help Sirat. Mukesh wants the police to take away Sirat. He provokes Sirat in front of the police.

Sirat reacts violently and goes to bash him up. Mukesh asks the police to arrest her right away. Sirat gets arrested much to Maudi’s shock. Maudi wants someone to help them and save Sirat. She loses hopes, but Kartik comes back with some good news. He defends Sirat in front of the police by countering Mukesh’s lie. He tells the police that Mukesh had already sold the house to someone. He buys the house from the third party to get the house back on Maudi’s name. He gifts the house to Maudi as a token of apology.

He regrets to insult Maudi and Sirat at Goenka mansion, by misunderstanding them. Maudi and Sirat are too shocked by his great kind gesture. They can’t believe that Kartik has returned their house to them without asking for any favor. They feel touched by his gesture. Maudi blesses Kartik, while Sirat is surprised seeing his selfless attitude. Kartik dismisses the police case with the help of his lawyer.

Sirat gets freed from the police, while Mukesh and Sheela wonder Kartik’s identity and family background, his relation with Sirat that he is going out of limits to help Sirat. Kartik tells that he had brought Kairav along with him so that Kairav didn’t know the humiliating chapter that occurred in the house. He adds that he doesn’t want to feel hurt knowing the matter. Sirat cares for Kairav much for Kartik’s surprise. Kartik is happy that Sirat has not been upset with Kairav for his mistakes.

Kartik makes a heartfelt apology to Sirat and Maudi. He tells them that it was his mistake to suspect them for the ring’s loss and accuse them so badly in a humiliating manner. He regrets whatever happened and assures to not repeat it ever again. They forgive him and are grateful that he has made a new favor on them again by returning the house. Sirat promises to return Kartik’s money once she earns it.

Sirat tells him that she is really happy that he has been there for her. Kartik wants Sirat to be there for Kairav. Maudi asks Kartik to stay back in their house and give them a chance to treat him with love. Kartik agrees to stay back. He is still affected by Naira’s memories, which he wants to preserve well. He feels much bad that he has to depend on Sirat for everything. Sirat turns emotional when she sees Kartik’s immense love for Naira. Somewhere in her heart, she wishes to get Kartik’s love. Will Sirat fall in love with Kartik? Do you want to see their love story coming? Comment your view and keep reading.

Reviewed Rating for Yeh Rishta 4th March 2021 Written Update Sirat falls in love: 1/5 This rating is solely based on the opinion of the writer. You may post your own take on the show in the comment section below.