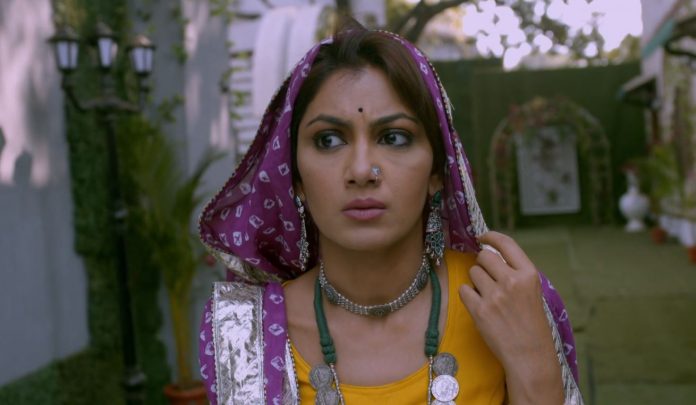 Kumkum Bhagya 8th March 2021 Written Update Pragya’s plan Prachi confronts Ranbir for cheating her. Palak informs Ranbir that she had told the truth to Prachi. He tells that he will handle Prachi. Prachi raises hand on Ranbir. She calls him a liar. She asks how did he think to cheat her and marry. Ranbir regrets that he should have married her that day, since he had no other option. He tells that she is overreacting on knowing it. She tells that he is getting bad intentions and plans on his mind.

Ranbir knows she is lying. He asks Prachi to stop lying. Prachi tells that she doesn’t love Ranbir. She remembers her promise to Rhea. She tells Ranbir that she doesn’t love him and will never do. Prachi is shocked when Palak informs her that even Shahana was involved in the plan. Prachi feels even Shahana has wronged her. Ranbir tries to talk to her. She leaves from his sight. Prachi cries knowing Ranbir’s desperate move.

Pragya reaches move and locks herself. She sheds tears of sorrow recalling Abhi’s worst state. Sarita asks Pragya about Abhi. Pragya shares her sorrow with Sarita. She tells Sarita about Abhi’s mental state. She adds that Abhi has become isolated, nobody is allowed to meet him, he has become childish and aggressive, he got scared seeing her and bitten her hand. She further tells that Aaliya has beaten Abhi a lot in front of her sticks. She cries that Abhi isn’t the same Abhi. Sarita asks her to go back to Abhi and look after her.

Pragya tells that she couldn’t stay back, so that Aaliya doesn’t doubt her. Sarita asks her to find out Abhi’s condition from the doctor. She tells that there will be some way to cure him. She assists Pragya. Pragya breaks down in sorrow. Sarita is also much affected. Prachi calls Shahana and rebukes her for the cheat. She asks Shahana if she wanted her to marry Ranbir. Shahana tells that she has done everything for her sake.

Prachi tells that Ranbir isn’t doing right. Ranbir vents anger on his mistakes. Aryan makes him realize Prachi’s feelings. Ranbir tells that he has changed himself just for Prachi’s state. He doesn’t want the rejection. He tells that Prachi will come back to him and marry him once she leaves her rigidness. He adds that he has done a lot to get her love, he had tried again and again, everything is fair in love and war. He has one goal in his life, that’s to marry Prachi. He is ready to fight the world to make Prachi his wife.

Aaliya plans to make Tanu befriend Abhi, so that Abhi forgives Tanu when he gets recovered and marries her. She still hates Pragya. Pragya plans to meet Abhi’s doctor and find out his mental condition’s cure. Will Pragya succeed? How long do you think will this track drag from here? Comment below and keep reading.

Reviewed Rating for Kumkum Bhagya 8th March 2021 Written Update Pragya’s plan: 2/5 This rating is solely based on the opinion of the writer. You may post your own take on the show in the comment section below.