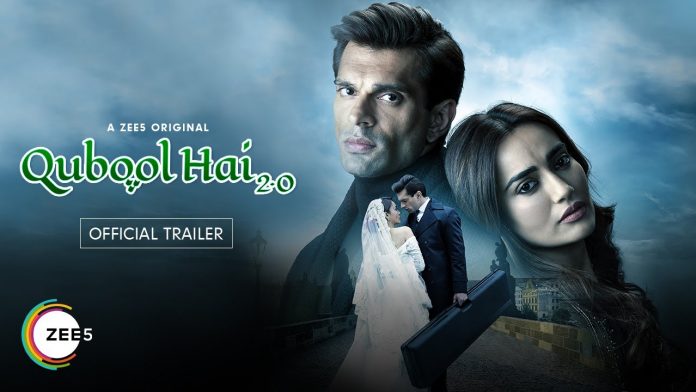 Qubool Hai 2.0 12th March 2021 Story Review Promo Very own Asad Ahmed Khan and Zoya Farooqui are back in the upcoming Season 2.0 of Qubool Hai. Asad is an Indian secret agent cop who is on a mission, while he crosses path with a beautiful girl Zoya again and again. Zoya calls it their fate that they have met thrice, reasoning out that first meet can be a chance and second meet can be a coincidence, but their third meet happening yet again unplanned is surely their destiny trying to bring them together. She believes in destiny. Gradually, she makes Asad believe it as well.

Moreover, Asad gets smitten by her personality and beauty. Asad and Zoya fall in love when he unwillingly uses her in his secret mission to land in Pakistan on the pretext of dropping her to her home country. He tells that Indians don’t cheat others, but remember to give an answer to those who cheat them. He doesn’t want to cheat Zoya, but his mission demands him to cross limits. Asad happens to kill Zoya’s dad. Disaster occurs in her family.

The bitter truth comes out too late when Zoya gives her hand to Asad. Zoya’s brother breaks out the shocking truth to her that Asad is their dad’s murderer. Zoya is torn between her love and her family. She leaves Asad as a retribution for her dad’s loss. Later after many twists, knowing that Asad is innocent, Asad and Zoya unite, accepting each other against all the odds.

She tells him that she accepts him even when the entire world is against him. Asad and Zoya’s rocking love story is more intense and filled with action. She unknowingly becomes a part of his mission. She doesn’t let him lose in his goals. She feels its the moment of their love that she can die for. The trailer is so tempting that the fans have started the countdown for March 12th, the airing date of the web series. Watch the premiere on Zee5. Catch the latest trailer of the web series below. Comment your views and keep reading for further updates.

Reviewed Rating for Qubool Hai 2.0 12th March 2021 Story Review Promo: 5/5 This rating is solely based on the opinion of the writer. You may post your own take on the show in the comment section below.