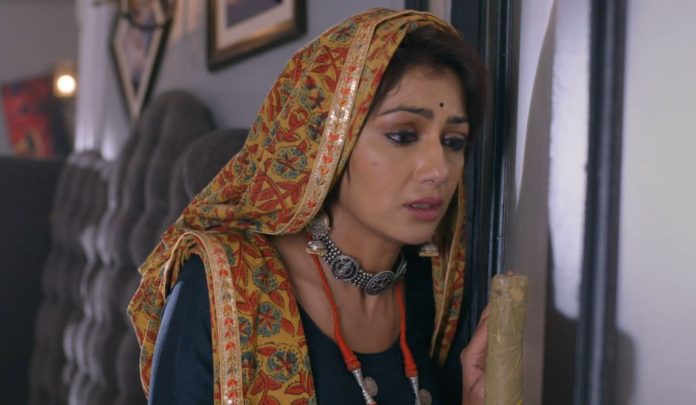 Kumkum Bhagya Pragya stunning move 10th March Full Update Ranbir wants Prachi to give an answer to him. Prachi asks him to never call him again. Rhea is shocked to know that he was about to marry Prachi. Ranbir throws his phone in rage. He tells Aryan that he isn’t able to do anything, he should have married Prachi that day. He regrets that he failed in his plan because he followed his heart. He wants to plan once again and marry Prachi at any cost. Rhea doesn’t want this to happen.

Prachi sheds tears for Ranbir. Aaliya and Rhea are excited for Ranbir and Rhea’s marriage. Pragya overhears their conversation. Aaliya asks Tanu to remember her mission. Pragya wants to know what is Tanu’s mission. Mitali asks Pragya if she is overhearing their conversation. Pragya misbehaves with her. She threatens to tell everyone about their family. Aaliya asks Mitali to speak to Gayatri well.

She asks Gayatri to take a stick when she meets Abhi. Pragya tells that she doesn’t need it. Tanu asks her to take it for her safety. Pragya gets angry at their inhumane side. Aaliya asks Tanu to meet Abhi. She goes for her video conference. Rhea is much angered at Prachi. She thinks Prachi was going to marry Ranbir, she was cheating her and breaking the promise. She goes to Prachi’s house to confront her.

Mitali asks Gayatri not to worry for Abhi. Pragya tells that Abhi was screaming in pain. Mitali tells that Abhi would forget that he screamed. Pragya thinks he is hurt. Moreover, Rhea meets Prachi and tells that she hates her. She feels foolish to trust Prachi. She tells that they had a different upbringing, else Prachi would have ruined her childhood as well. She calls Prachi her enemy. She reminds Prachi what she did, how she ruined her life by snatching Ranbir.

Prachi asks her to tell the matter clearly so that she can help. Rhea adds that Prachi can’t help her ever. She confronts Prachi for marrying Ranbir. She asks Prachi to remember her promise. Prachi tells that she didn’t know about the marriage, about Ranbir’s plans. She wants Rhea to trust her. Rhea blames her for breaking her trust. She asks Prachi how didn’t she remember her word.

She tells that Aaliya had locked her in the storeroom on the marriage day, she tried to stop Abhi and Meera’s marriage just to keep her promise. Prachi sympathizes with her. Rhea asks Prachi if she was going to marry Ranbir by taking an advantage. She doesn’t listen to Rhea. Rhea breaks down. She tells that Ranbir had refused for their marriage. She thinks Prachi is lying.

Prachi swears on Pragya. She tells that she didn’t know anything, it was just Ranbir’s plan. Rhea tells that girls always know a guy’s feelings. Prachi didn’t do anything wrong. She apologizes to Rhea. Rhea tells that Prachi has hurt her. She wants to take revenge on Prachi. She tells that she will speak to Pragya. Prachi knows that Pragya is going to Mehra house to be close to Abhi. Pragya has told her secret plan to her, and also the fact that Abhi really needs her. Pragya wanted to hide from Aaliya and took the disguise. Prachi doesn’t want Rhea to know the truth.

Rhea looks for Pragya. Prachi tells that Pragya isn’t at home. She doesn’t want Rhea to get against Pragya. Pragya reaches Abhi. Abhi gets scared and runs to lock himself in the cupboard. Pragya tries to become his friend. He asks her to leave. She remembers her promise to not leave even if he asks her to. He threatens to bite her hand if he beats him. He tells that she will not beat him, she understands him well. She shows her support towards him. She throws the stick. She asks Abhi to come out and talk to her. She tells that one who doesn’t understand his helpless situation doesn’t love him, like Aaliya, who should have understand him and treated him with care.

She tells him that she wants to teach him to fight with fears. He begs her to not hurt him. She cries on his miserable behavior. Abhi believes her and agrees to accept her as his friend. Pragya recalls her wedding vows. She wants to help Abhi recover and become the reigning Abhishek Mehra soon. Will Abhi recover from his mental instability? Will Prachi be able to convince Rhea about her innocence? Will Ranbir succeed in getting his true love? What do you think? Comment your views. Keep reading.

Reviewed Rating for Kumkum Bhagya Pragya stunning move 10th March Full Update: 5/5 This rating is solely based on the opinion of the writer. You may post your own take on the show in the comment section below.