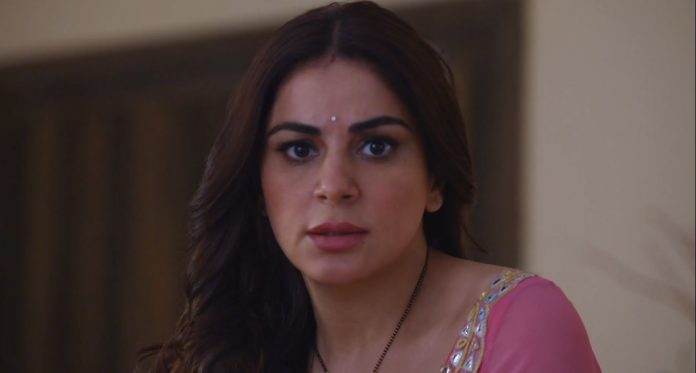 Kundali Bhagya 25th March 2021 Written Update Preeta in danger Prithvi meets Kritika to make an apology. He tells her that he didn’t wish to hurt her. He adds that he didn’t mean to keep the picture. He thinks of her questioning. He feels she isn’t so innocent as she pretends. He wants to confront her about the pictures. He thinks she should tell him the problem, so that he becomes her hero. Kritika wants to tell him about the problem. But, she changes her mind. She doesn’t want to trouble him. He wants to solve her problem and become heroic.

She asks him to drop her for her work. He has to meet Akshay. He apologizes to her. He tells that he has to go for important work. Preeta finds them together. She goes to get breakfast for Prithvi. Prithvi tells Kritika that she will realize his richness when comes to stay in his house. He adds that he will just go for his word. Kritika seems happy by his assurance. Prithvi calls Akshay to remind him the task of scaring Kritika. He wants Akshay to blackmail Kritika. He adds that Kritika should be too scared.

He keeps an eye on Kritika to know if Akshay is succeeding. Akshay doesn’t want to spare Kritika. He calls Kritika to blackmail her. She tells him that they didn’t get intimate that he blackmails her. She asks him to do anything he wants. He tells her that her brother Karan is quite a famous cricketer, he would get defamed along with her, people and media won’t leave Karan. He asks her to come and meet him at the hotel. He threatens her about releasing their pictures. Kritika shatters. Prithvi enjoys her plight.

Kritika gets helpless to take the jewellery to hand over to Akshay. Preeti sees the jewellery and suspects that Kritika is in trouble. She follows Kritika to know the truth. Kritika tells her that Akshay is blackmailing her about their pictures. She cries out and takes Preeta’s help. She reveals that Akshay is troubling her a lot. Preeta gets tensed for Kritika’s respect. She promises to get the pictures from Akshay and not letting anyone know it. Kritika counts on Preeta.

Preeta meets Akshay and takes the pictures from him. She pays him money. Akshay tells her that he wants her as well. When he behaves cheaply, Preeta gives him a tight slap. She punishes Akshay for his misbehavior. He is shocked to see Preeta. He was expecting Kritika. He realizes that its Preeta instead Kritika. What will Preeta do now? Comment below and keep reading for a detailed update.

Reviewed Rating for Kundali Bhagya 25th March 2021 Written Update Preeta in danger: 4/5 This rating is solely based on the opinion of the writer. You may post your own take on the show in the comment section below.