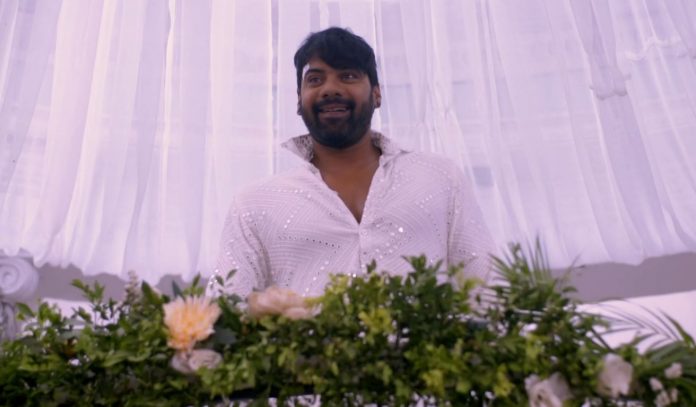 Kumkum Bhagya 26th March 2021 Written Update Abhi in peril Prachi knows that Abhi and Pragya can’t help her. She wants their love to complete. She has sacrificed her love for their sake. The family prepares a grand engagement for Rhea. Ashok arrives there to kill Abhi and take revenge for Varsha’s death. He wants to kill Abhi in his own house. He takes a disguise to not get into trouble. Aryan asks Ranbir why is he hurting Prachi. Ranbir tells him that Prachi is happy with Parth, she wanted him to marry Rhea.

He doesn’t care for Prachi now. He can see it well that love doesn’t exist, Prachi will go to any man who is more rich. Aryan tells Ranbir that Prachi isn’t a gold digger. Ranbir tells that Prachi has double standards, she was happy seeing the MMS, she supported Parth and made him/Ranbir look like a fool. She tells Aryan about Prachi’s statements about true love. Aryan wants Ranbir to come on track.

He asks Ranbir not to give up and just win Prachi’s love if it was true. Ranbir tells that its his victory that he is with Rhea, because Prachi doesn’t value him. Aryan tells Ranbir that he isn’t any thing to get valued. He knows that Ranbir loves Prachi. Ranbir tells that Rhea loves him, Prachi had hurt him. Aryan tells that Prachi loves Ranbir, Rhea has no understanding of love. He feels Ranbir will not love Rhea ever.

Ranbir tells that he doesn’t want Prachi’s love. Aryan tells that even Rhea’s love is one-sided. He wants Ranbir to just think about Prachi. Ashok tells that he has to complete his work. Ranbir stops him from going to Abhi. He asks Ashok to head to the kitchen. He refuses to talk about Prachi further. Ranbir stays upset. Shahana comes in the engagement function to speak to Ranbir. She asks Ranbir why is he doing this. Ranbir goes for the talk. Aryan knows Shahana has come to defend Prachi.

Shahana tells that she didn’t know that Ranbir will really move on and get engaged to Rhea. Ranbir asks her if Prachi has sent her to stop the engagement. She denies it. He doesn’t want to talk to her. Aryan tells her that Ranbir is too raged up. Shahana tells that she doesn’t want to see Prachi and Ranbir separated. Aryan tells that Prachi is with Parth. Shahana tells him that Prachi didn’t say anything from her heart, like Ranbir is getting engaged to Rhea against his wish. She reveals Prachi’s reason to lie to Ranbir.

She tells that Ranbir and Prachi’s love shouldn’t fail. She takes his help. He promises to help her. He tells that he will get Ranbir to convince about Prachi. Aaliya hears them. She fools Aryan and sends him away from the party. She locks Aryan and also snatches his phone. She doesn’t want Aryan to stop Rhea and Ranbir’s engagement. She lies to Abhi that she is playing hide and seek with Aryan. She asks Abhi to go to Gayatri. Abhi returns to help out Aryan. Aaliya focusses on Rhea and Ranbir’s engagement.

Ranbir calls up Prachi. He tells her that he knows her lies, she isn’t with Parth. He knows that she loves him. He tells that she can’t stop his engagement, he can’t step back now. She realizes that Shahana has gone to attend the engagement. She gets into an argument with Ranbir. He asks her to never come back in his life. Ranbir misses her deeply. Ranbir and Prachi are in much pain. He sheds tears secretly. Ranbir is hurt by Prachi’s memories. Shahana looks for Aryan. Abhi comes in Ashok’s sight. Pragya stops Abhi from going in the party. He plays with the chandelier. He wants to see the guests. Pragya accompanies Abhi. Will Ashok get to see Abhi? Comment on the track below and keep reading.

Reviewed Rating for Kumkum Bhagya 26th March 2021 Written Update Abhi in peril: 2/5 This rating is solely based on the opinion of the writer. You may post your own take on the show in the comment section below.