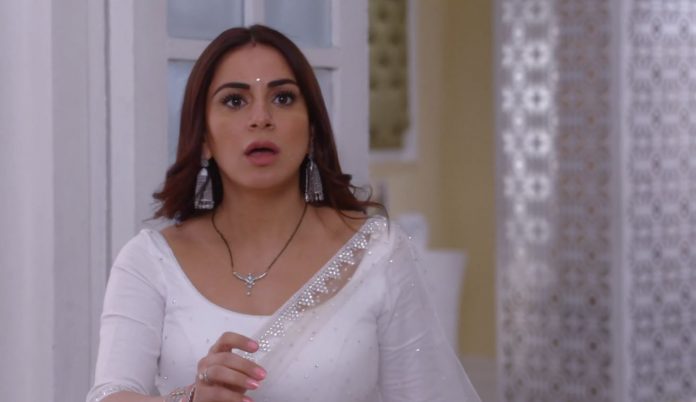 Kundali Bhagya 25th March Full Update Upcoming shockers Preeta suspects that Kritika is hiding something. She follows Kritika, while she isn’t aware that Mahira is following her. Mahira wants to ruin Preeta. She wants to separate Preeta and Karan. She has a plan to make her motive successful. Preeta realizes that Kritika had come to meet someone at the hotel. She wonders if Karan is waiting for Kritika. Kritika tells the guard that she has come to meet someone. Mahira thinks Preeta and Karan are going on a date. She wants to ruin their date.

Prithvi too arrives at the same hotel with evil intentions. He meets Akshay and pays him money. He orders Akshay to trouble Kritika. Akshay is pleased to see the money. Prithvi tells that Akshay is earning money from both the parties. He wants Kritika to come to him to see help. He is ready to help her and become her hero. Akshay agrees to him.

Prithvi asks him to stay in a five star hotel next time and have some style. Akshay calls Kritika to blackmail her again. Preeta finds Kritika terrified. She wants Kritika to be at the hotel in 10 minutes. Prithvi wants to become a hero for Kritika. He doesn’t see the cctv camera there. He gets captured.

Mahira meets Karan and asks about Preeta. He tells that Preeta would be on the way. She adds that she had come to meet her friend, she isn’t following him. Karan asks her to join him, until Preeta comes. He compliments Mahira on her looks. They have coffee to pass time. He tells that he is waiting for Preeta. Mahira wonders where did Preeta go. Preeta stops Kritika to know who is troubling her. She asks Kritika to tell her what is the problem.

Kritika tells that there is no problem. They don’t get to see Prithvi there. Preeta digs into the matter. She offers help to Kritika. Prithvi gets Sherlyn’s missed calls. He calls her to know why did she call. He is frustrated that his car is stuck in the parking lot. Sherlyn asks him to stay calm. Preeta keeps asking Kritika and makes her emotional to know the problem. She cries out until Kritika speaks up the problem. Preeta tells that she will not let Kritika struggle alone. Kritika finally breaks down. Her silence pays down.

She reveals that Akshay has been blackmailing her since some time and demanding a huge amount. Preeta asks her to explain the matter in detail. Kritika asks Preeta not to get angry on her. Preeta is much upset to know about Kritika’s suffering. She assures Kritika that she will save her. Kritika apologizes to Preeta. She feels that she should have believed Preeta before. Prithvi can’t tolerate the parking issue. He doesn’t know that Preeta and Kritika are in the front car. Prithvi asks the guard to sort the parking issue.

Preeta and Kritika make a plan to trap Akshay. Akshay awaits Kritika. Preeta goes to meet Akshay. She wishes to get the evidences from Akshay. She takes Kritika’s disguise to fool him. Will Preeta succeed? Comment on this track and keep reading.

Reviewed Rating for Kundali Bhagya 25th March Full Update Upcoming shockers: 4/5 This rating is solely based on the opinion of the writer. You may post your own take on the show in the comment section below.