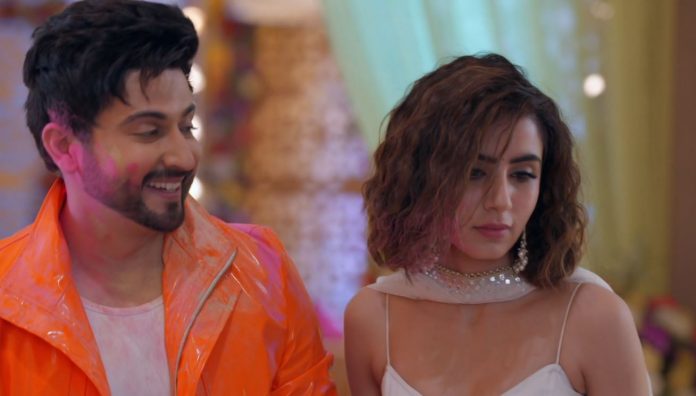 Kundali Bhagya 30th March 2021 Written Update Mahira crazy act Prithvi tells that he didn’t kill Akshay. Sherlyn tells him that no one is going to help him this time, he has killed Akshay and his fear is evident on his face. He regrets that he went to meet Akshay and fell into trouble. Mahira is worried that Karan might have killed Akshay. She recollects Sherlyn and Prithvi’s conversation. She panics that Karan had killed Akshay. She calls Ramona to share her findings. She tells the incident in detail. Ramona hears the entire thing and concludes that Karan is the murderer. Mahira can’t believe this.

She doesn’t want Karan to get trapped for any murder. Karan romances Preeta during the holi celebrations. Preeta tells him that she has much work to do. He gets upset for a while. They have a moment together. She applies the holi colours to him first. They have the same romance like before, when they were friends. Preeta makes Karan chase her. Prithvi speaks to Sherlyn and goes to meet her. Mahesh and Rakhi have a holi moment. She applies him colours.

She doesn’t want the festive to get any sorrow. She wants him to get fine soon. She has to play holi with him. Karan asks Preeta if she got romantic by being with him. He calls her a fat girl and teases her. She tells that she has become fat in love. She doesn’t want to answer him. Karan enjoys their slow romance. Mahira wishes him on holi. Karan tells her that he was just seeing Preeta. He praises Preeta’s beauty. She asks him if he would kill someone who hurts Preeta. He gets puzzled by her question. Prithvi finds Sherlyn crying.

Mahira gets after Karan once again. She gets the colours from Karan’s coat. Preeta and Shrishti spike Prithvi’s drink to make him admit the truth. Karan challenges Prithvi for a bhaang competition. Prithvi accepts the challenge.

Reviewed Rating for Kundali Bhagya 30th March 2021 Written Update Mahira crazy act: 3/5 This rating is solely based on the opinion of the writer. You may post your own take on the show in the comment section below.