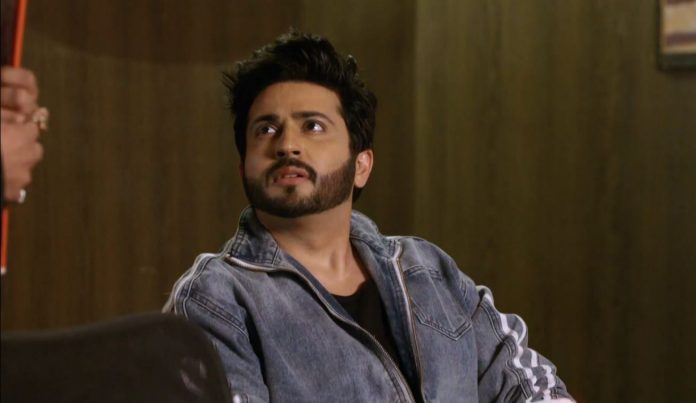 Kundali Bhagya 15th April 2021 Update News for Karan Sarla tells Shrishti that she will stand by Preeta even if there is no one to support her. She wants Preeta to prove her innocence. Shrishti very well knows that Preeta can’t harm anyone even by mistake. She believes that Preeta is being framed by Prithvi, Mahira and Sherlyn, who are her enemies forever. She wants to find out who actually killed Akshay to put Preeta behind bars. Sarla tells Shrishti that she will fight for Preeta always. Shrishti meets Karan to take his help for bailing out Preeta from jail.

Karan refuses to help Preeta. Shrishti asks the reason for his strange behavior. He suggests her to better ask Preeta about hurting his faith and hiding the crucial matter from him. He tells her that Preeta is the reason for his rudeness, she has once again proved that he doesn’t deserve her faith and honesty. He wants Preeta to be loyal towards him, in a way that she shares all her secrets. He regrets that he couldn’t succeed in making such a strong bond with Preeta. Shrishti understands Karan’s pain. She apologizes to him on Preeta’s behalf.

She asks Karan to just help out Preeta before it gets too late. Sameer too assists Shrishti in convincing Karan that Preeta needs them. Karan finally agrees to hire a lawyer and bail out Preeta.

He calls his lawyer at the police station. He reaches there with Shrishti and Sameer. Preeta knows that Karan is angry at her that she didn’t tell him the truth, but he still cares for her. Lawyer apologizes to Karan. He tells Karan that he reached the court and got late, the court got closed and he failed to get the bail for Preeta. Karan speaks to ACP Vijay in Preeta’s regard. ACP tells him that he can’t release Preeta if she doesn’t get the bail. He still believes that Preeta has killed Akshay. Karan tells him that Preeta can never harm anyone. He shows his faith on his wife. Keep reading for a full update. Comment your views on the episode below.

Full Update: Sarla tells Shrishti that Preeta may get hanged to death or get a life imprisonment for the murder charges. She doesn’t want her daughter to pay a price by giving her life, if she is innocent. She doesn’t want to see Preeta hurt. Shrishti asks her not to speak to Luthras, Preeta will be most hurt if any quarrel arises there. She tells that Preeta wants to protect her relations. Sarla tells that she can’t lose Preeta at any cost, even if relations get saved or not, Preeta should be fine.

She goes to speak to Luthras. Shrishti wants to speak to Mahesh and get his help for Preeta. Mahesh tells Rakhi that he wants to help the family. He knows that Rakhi is pretending normal. He asks her not to worry, things will get fine. She is tensed about Preeta. He tells her that he has come back from coma for the sake of his family, he will protect them. Rakhi tells him that she has fulfilled his duties as well. He wants to resume his office. Kareena doesn’t want him to take up work. She asks him to work.

Mahesh tells that he is done with the rest. She asks him if he is going to the police station. He tells that he wants to visit the doctor for a follow up. He doesn’t want to tell the truth to Kareena. He wants to help Preeta. Rakhi requests him to speak to Karan about Preeta. She feels Karan is upset on Preeta, that she didn’t share anything with him. He tells her that Karan has taken lawyer’s number from him, he loves Preeta and wants to save her, he is upset because of his love, he doesn’t want to show that he is helping Preeta.

He asks Rakhi not to worry. Karan meets ACP Vijay. He asks ACP to prove Preeta’s crime. ACP tells that Preeta will be proved guilty in the court. He asks Karan to prove her innocent in the court if he can. He doesn’t want Karan to waste his time. He tells that his expensive lawyer will not be able to save Preeta. He advises Karan to find a lawyer who believes in her innocence. Karan is shocked to know from his lawyer that Preeta didn’t get the bail. He tells that Preeta can’t stay in the jail at night. He gets mad at the lawyer.

ACP doesn’t want the lawyer to win the case. He tells that Preeta is the culprit, she has accepted her crime, she will be punished. Shrishti asks Sameer why didn’t he tell her anything before. Sameer feels sorry for Preeta. They meet Karan and find him leaving for a business meeting. Karan tells her that Preeta has hidden about her meeting with Akshay. He feels he could have handled things well, but Preeta doesn’t trust him.

Shrishti and Sameer calm down his anger. Shrishti tells that Preeta is innocent. She requests Karan to meet Preeta once. Karan makes a leave. She asks Sameer why is Karan behaving such. Sameer tells that Karan loves Preeta, he will help Preeta for sure. He knows that Karan doesn’t express things. Preeta gets surprised on receiving a chocolate milkshake sent by Karan for her. She knows that Karan will always care for her. Suresh tells Parminder that he was talking to Sonu regarding the lab results. He adds that someone had broken the injection in the lab before the tests. He suspects Sherlyn, who had the injection with her.

Kareena asks Kritika not to meet Preeta. She condemns Preeta. She feels Preeta isn’t a right person. Kritika tells that Preeta is like her elder sister. She defends Preeta. Kareena asks Kritika not to anger her. Kritika hides the matter from the family. Preeta and Karan miss each other. Mahira secretly speaks to someone and pays money. She doesn’t want anyone to know her plans. Prithvi meets Preeta to express his love. He shows his obsessiveness towards her. She asks Prithvi if he has killed Akshay in rage. Prithvi denies the blame. Who is the killer? Who is Mahira talking to? Is Akshay alive? Comment your views.

Reviewed Rating for Kundali Bhagya 15th April 2021 Update News for Karan: 2/5 This rating is solely based on the opinion of the writer. You may post your own take on the show in the comment section below. 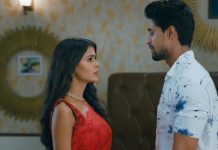 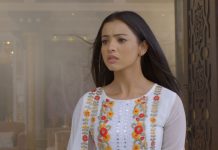 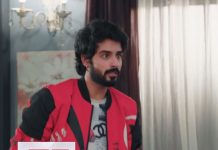