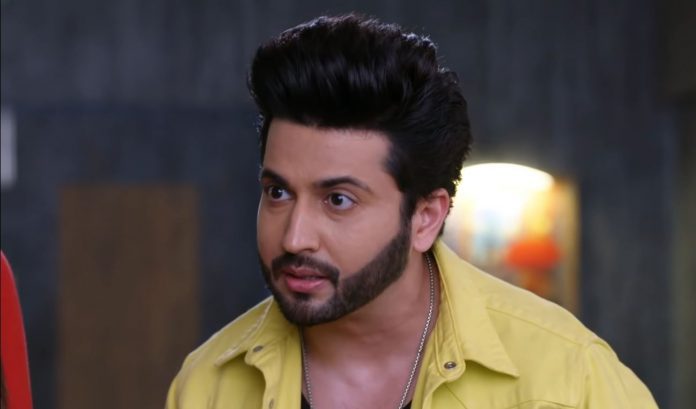 He tells Karan that he had gone to bash up Akshay knowing he was blackmailing Kritika, he wanted to teach a lesson to him, Kritika doesn’t know that he is aware of the truth. Shrishti doesn’t know if he is saying the truth. Prithvi fools them by lying and making a story. He hides that he had hired Akshay to blackmail Kritika. He tells that he lost the blackmailer because of Shrishti and Sameer. He also wants to know the truth. He adds that he is also hurt that Preeta is in the jail. He knows Preeta is innocent.

He tells that he will try his best to save her. Karan threatens to kill him if Preeta suffers because of him. Shrishti recalls Ruchika’s meet. She tells them that Ruchika has killed Akshay, she is the blackmailer who wanted money from Prithvi. Karan rushes to meet Ruchika. Shrishti and Sameer accompany him. They ask Ruchika to confess her crime. They question about the missing bracelet, which they found at the factory.

Karan tells her that police will question her when they pass the evidence. He tells that Preeta is paying a price for Ruchika’s crime. Shrishti asks Ruchika why did she kill Akshay. Ruchika tells that she loved Akshay and also has a child with him, she wanted to marry him, he didn’t wish to marry her, he wanted to marry Kritika for money. She adds that Akshay broke the marriage with Kritika in anger. She mentions that he returned to her and wanted to be with her, but Megha killed him.

She clears the entire matter that Megha is the real murderer. Karan gets through the mystery search and learns about the actual culprit. Meanwhile, Mahira also confronts Prithvi for killing Akshay. He denies the allegations again and again. Mahira tells that they will get framed because of Prithvi. Prithvi asks Mahira why does she care if Akshay died, as if she loved him. Mahira warns Sherlyn and Prithvi against putting her in the mess. She tells that she will not help her.

Sherlyn asks Prithvi about the blackmailer. He tells that he is going to meet the blackmailer tomorrow and find the real killer. Sherlyn hopes that the blackmailer is the killer, and gets caught. She is also fed up by the long running mess. Moreover, Sarla and Rakhi have an emotional talk about Preeta and Karan’s strong relationship. Sarla has no worry knowing Karan is standing by Preeta, he will get her released. Rakhi tells that its really a pleasant news.

Sarla tells that Karan is always with Preeta. Rakhi thanks Sarla for giving her a daughter in Preeta. Sarla is thankful that Rakhi has given her a son in Karan. Rakhi awaits Preeta’s return. She tells that she will be really happy if Preeta comes home. She plans to throw a grand party upon Preeta’s arrival. She tells that Mahesh couldn’t bless Preeta enough, once knowing that Preeta has become their Bahu. She invites Sarla in the party. Rakhi tells that Kareena had realized her mistake and apologized to Preeta, their relation lost bitterness, their relation also got sorted.

She reveals how Kareena had made her terms better with Preeta. Sarla is surprised to know it. Furthermore, Karan finds Ruchika’s love for Akshay true. He requests her to give the statement in Preeta’s favor. She fears of Megha. She tells that Megha will kill her knowing she is going to the court to expose her truth. Karan promises to protect her. Ruchika tells that Megha had already warned her. Shrishti asks Ruchika to just help them. Ruchika agrees to help them if they guarantee securing her child and her. Will Ruchika really help or ditch in the last moment? Comment below and keep reading.

Reviewed Rating for Kundali Bhagya Boon for Karan Full Update 3rd May 20215/5 This rating is solely based on the opinion of the writer. You may post your own take on the show in the comment section below.