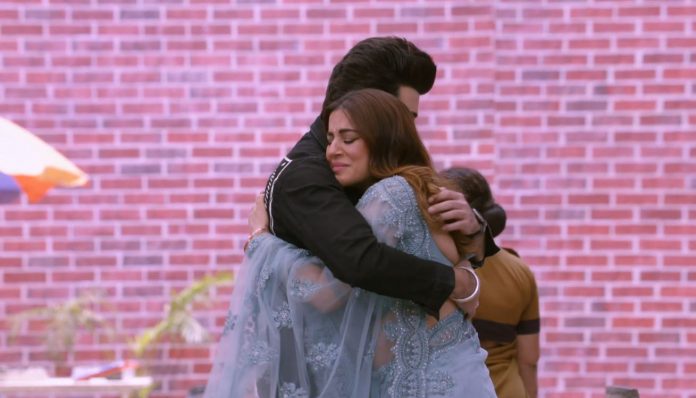 Kundali Bhagya Preeta good news Update 5th May 2021 Karan has taken help from Ruchika. He is confident that she will give statement in Preeta’s favor. Rakhi informs Sarla that all the relations got sorted, there is no bitterness in Kareena’s heart. Sarla gets emotional. She cries happily that Kareena has finally accepted Preeta heartily. She tells Rakhi that Kareena had already disliked Preeta, even when Preeta showered much love and respect.

She tells that they will celebrate happily that family has no bitter feelings, they will be united like one big family. Rakhi and Sarla wish to celebrate once Preeta comes back home. Rakhi makes a prayer. Janki tells Sarla that Kareena can’t change overnight, she can’t believe that Kareena accepted Preeta, maybe Kareena got glad that Preeta saved Kritika but Kareena will always be the same. Sarla asks her not to speak bad things. She stays positive.

Meanwhile, Karan meets Preeta to inform her about Ruchika. Preeta asks him how did he come so late. Karan takes the constable’s help. He mentions that Megha is Akshay’s murderer. He tells her that Ruchika has told the truth to them. He asks her to get ready to return to Luthra house. Preeta gets emotional. She tells that she wants to meet everyone. She is relieved to know that Akshay didn’t die by her hands. She is thankful to Karan. He tells her that he is capable to everything. He tells her how much he missed her.

They get into a lovely moment. He treasures Preeta and her love. Sameer and Shrishti await Karan. Karan tells them that he had promised Preeta to take her home. Shrishti tells that she will go and get Megha. Karan doesn’t want to take a chance. She asks him not to go for Preeta’s sake, his angry behavior can put them in trouble. Karan tells her that he will not break the promise, he will get Ruchika to the court, he will bring Preeta home.

Shrishti tells Karan that she loves him and hugs. Sameer repeats the lines to get a hug from her, but in vain. Karan meets the lawyer. He wants to free Preeta from the case at any cost. He shares the new findings. Lawyer asks him to get Megha and Ruchika to the court. He asks if Megha is the real killer. He asks Karan if Ruchika is the blackmailer, they can’t trust Ruchika blindly, maybe she is cheating them to cover up her crime. He feels she has murdered Akshay. Karan is also confused. He asks lawyer to find the truth by cross questioning both the girls in the court. Megha packs her bags to leave the house. She gets hindered by Sameer and Shrishti.

Shrishti tries to find the truth from her. Megha tells that she has nothing to do with the case, she is innocent. Shrishti tells that Ruchika had some video related to Kritika. She offers money to Megha if she is also holding some proof against them. She asks Megha to tell the truth, she will be paid 20 lakhs in return. Shrishti traps her in the tempting offer. She asks Megha to come with them to the court, Karan is waiting there, he is too busy. Sameer asks Megha not to think much, Karan has no time to meet her later. Megha agrees to come with them.

Also, Shrishti knows that Megha is really greedy. Sameer tells that Megha has agreed to come to the court with them, which is a good thing for them. Rakhi wants to reach the court soon and support Preeta. She is shocked to know that Mahesh has lost his partial memory again, he forgot that Preeta’s court hearing is due. The family stays back with Mahesh. Moreover, Karan takes Ruchika to the court. He asks her not to get worried about Megha. Shrishti brings Megha to the court. Karan asks her about Sameer. Shrishti tells that Karan will pay them 20 lakhs after the court hearing as they promised.

Karan understands Shrishti’s plan. He tells that he will pay them once the hearing ends. Shrishti tells that Sameer got caught by the traffic police. He worries for his brother. Shrishti tells that Sameer is okay. Karan goes to meet Preeta. Inspector doesn’t let them talk. Karan takes his permission to speak to her. Karan promises the family that Preeta will return home with them. Lawyer presents the cctv footage in Preeta’s favour. He proves that Preeta was at her house at the time when Akshay got murdered. Karan gets hopeful that a good news will soon arrive on their side.

Reviewed Rating for Kundali Bhagya Preeta good news Update 5th May 20215/5 This rating is solely based on the opinion of the writer. You may post your own take on the show in the comment section below.