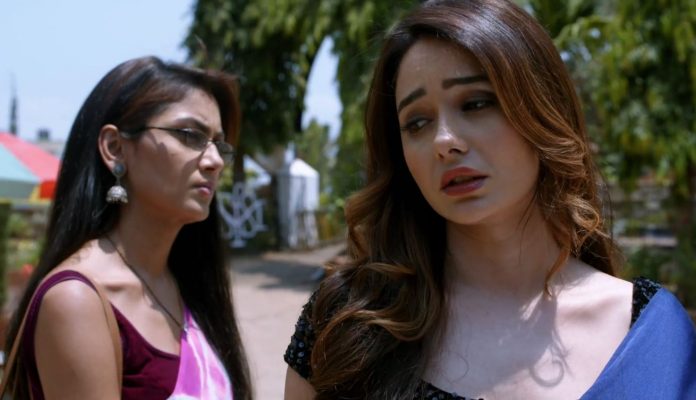 Kumkum Bhagya 6th May 2021 Update Tanu deals Abhi Tanu meets Pragya to threaten her that she will snatch Abhi. She asks Pragya about her lost confidence and smile. She wants to know the reason for Raghuvir’s absence. Pragya gets worried when Tanu mentions about the lawyer. She shows a video of Raghuvir getting kidnapped by her goons. Pragya gets worried for his life, knowing he is kidnapped because of Abhi’s case. She doesn’t want anyone to lose life because of her. She asks Tanu to stop her goons. Tanu sees the fear in Pragya’s eyes.

She tells that her goons had attacked Raghuvir to stop him from reaching the court. Pragya is shocked to know about her new crime. Tanu tells that the goons have called to decide the murder. Pragya threatens the goons. The goons collect the evidence from Raghuvir. Tanu makes fun of Pragya’s confidence. She feels Pragya is really mad, she can’t save her lawyer. She adds that Raghuvir would never be able to help Abhi now.

She asks Pragya to know that Raghuvir has paid a price for getting involved in the case. She leaves Pragya frustrated. She reveals that she got to know about her confession recording. She can’t let Pragya win. She tells that she had heard Ranbir and her conversation. She adds that she had followed Pragya and got to know everything about the evidence. She plays smartly. Pragya threatens to play the audio recording in the lawyer.

Tanu asks Pragya to take the lawyer’s place in the court. She reveals that she had stolen the evidence from Pragya as well. Pragya is super shocked to know that she has lost the original audio clip. Pragya checks her phone. She finds the evidence deleted. Tanu tells that there is no scope that Pragya will win the case. She breaks Pragya’s hopes as well. Pragya is left shattered. Tanu wants Abhi to give up and accept her in his life if he needs his freedom. She informs Abhi that Pragya has lost the confession recording.

She asks him to know that Raghuvir won’t be able to do anything, he has fallen into a huge trouble. She proves that she is smarter than Pragya. Abhi gets really worried that Pragya has lost the evidence. Judge gets disappointed that Pragya’s lawyer didn’t arrive to defend Abhi. Pragya doesn’t want to cry. She plans to expose Tanu some way. She goes to the court to bring out the truth. Pragya stops the judge from passing the verdict. She lets him know that Tanu didn’t wish Raghuvir to come to the court, she had hired a contract killer to stop him and steal the evidence. She tells the judge that Tanu had shown the violent video to her.

Tanu’s lawyer Singhania asks Pragya not to blame Tanu, she is a victim in the case. He asks her to present evidence. Pragya asks them to check Tanu’s phone for the recording. Pragya reveals that Tanu attempted to marry Abhi by taking an advantage of his mental illness. She asks the court to take action against Tanu for murdering Raghuvir. She tells that Tanu is taking revenge on Abhi for the rejection. Prachi tells the court that she holds an evidence of Tanu’s confession. Pragya fails to present the audio clip. She tells the court how cleverly Tanu got the clip deleted from her phone. The court hearing gets due for the next date.

The judge gives 3 days time to Pragya to collect the evidence and find a good lawyer for defending Abhi. Pragya gets stressed out that she has less time to counter Tanu. Tanu keeps a deal in front of Pragya for Abhi’s freedom. She asks Pragya to leave from Abhi’s life if she wants to see Abhi free and happy. Pragya falls in a dilemma, but decides to not give up. Tanu tries to break her courage by revealing how innocent men pay a big price in such cases due to lack of evidence. Pragya can’t let Tanu snatch her Kumkum Bhagya. What shall Pragya do now? Comment below if the track has disappointed you once again. Keep reading.

Reviewed Rating for Kumkum Bhagya 6th May 2021 Update Tanu deals Abhi 1/5 This rating is solely based on the opinion of the writer. You may post your own take on the show in the comment section below.