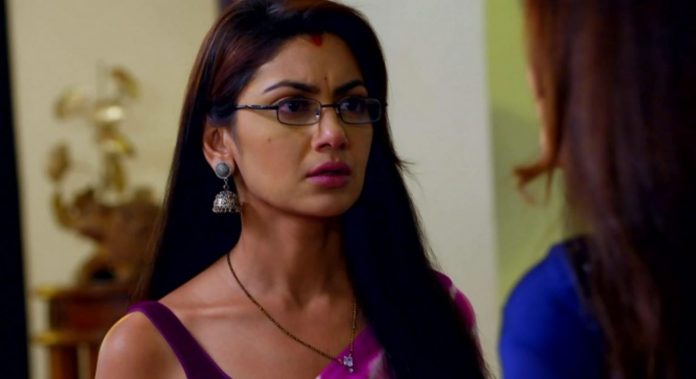 Kumkum Bhagya Upcoming News Kundali Bhagya Spoiler Pragya gets threatened by Tanu once agaun. Like the last time, Tanu targets Abhi and Pragya’s relationship. She makes a shocking demand to Pragya if the latter wishes to see Abhi breathing free. She tells Pragya that many suffer in the jail when they are innocent, because their families fail to gather and present the right evidences in the court in time. She adds that Pragya will also fail to get the evidences in three days of time, its decided that Abhi will also get jailed. She wants Pragya’s Kumkum.

She asks Pragya to leave from Abhi’s life, free him from their marriage. She wants Pragya to get Abhi married to her/Tanu. She tells that once Abhi gets rid of Pragya, he will be rid of the case as well. She tells that just two days are left for the verdict which the judge had already locked in the last hearing. She asks Pragya to think for Abhi’s future if she really loves him. She urges Pragya to know if she can make a sacrifice for her love.

She exhibits her hatred for Pragya once again. Pragya is stunned to know her mad demand, but finally gives in. Pragya can’t fall so weak and desperate to agree to any demand. Will this turn out to be another recording session from Pragya’s side, an attempt to expose Tanu’s truth? Will we finally get to see a bolder and smarter Pragya, than the feebly crying one? Comment your views below and keep reading.

Preeta gets freed from the case once Karan takes the murder blame on himself. Karan is taken by the police, while his wife madly runs after him. Shrishti consoles Preeta. She tells that Karan took this step to help them buy time, now they have to find the evidences to catch Akshay’s real murderer. She asks Preeta to not waste time in crying, but get to action. She knows that Megha is the killer. She wants to find out Ruchika and Megha’s location. Preeta too decides to investigate the matter to find out the truth.

She can’t let Karan get behind the bars because of someone else’s crime. Will Preeta take the help of two obsessed lovers Mahira and Prithvi in solving the case, knowing Mahira madly loves Karan and can do anything to save him from the jail? Also, Prithvi is mad for Preeta and can offer help in saving Karan for her sake. Will the villains do something good this time or further create troubles for Preeta and Karan? It will be interesting to see how Preeta investigates the murder case and proves Karan’s innocence. Keep reading.

Reviewed Rating for Kumkum Bhagya Upcoming News 2/5, Kundali Bhagya Spoiler3/5 This rating is solely based on the opinion of the writer. You may post your own take on the show in the comment section below.