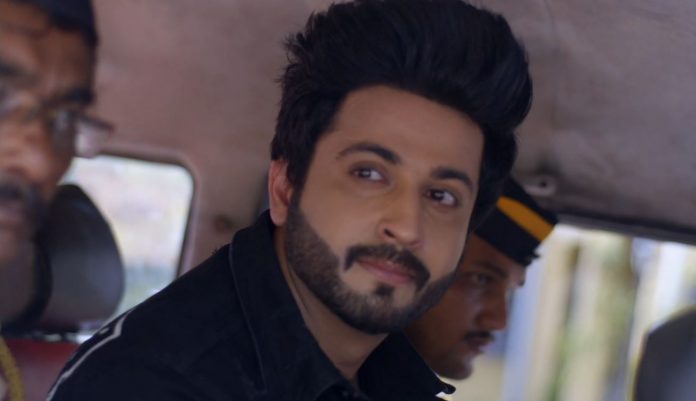 Kundali Bhagya 10th May 2021 Full Update Latest twists Preeta asks Karan if he doesn’t care for her, he is getting separated from her. She asks the police to find the real culprit. She wants them to release Karan. She tells Karan that he doesn’t care for Mahesh and family. She asks him to think for his dad, who just recovered. She tells that the family needs him more than her. Karan tells that he worries for her. She finds his decision wrong. The family cries for Karan.

They cry even more seeing Preeta’s emotional outburst. Karan tells Preeta that she would have done the same thing if she was in his place. He keeps his marriage vow to always protect her from problems. He tells that he can’t take the blame on his head. She hugs him and tells that she doesn’t want to part away. She wants to know why did he make such a sacrifice. Karan tells her that she was sacrificing herself for his family’s respect, he is doing the same, she can’t act great all the time. He feels shattered seeing her tears.

He asks her to stay strong and know that he has done everything for her, he is lucky to get her in his life, he really loves her. He asks Preeta not to cry, he will come back soon. He tries to relieve her sorrow. Sarla always felt that Karan never does anything for Preeta, as she is dedicated to him. She feels Preeta is lucky to get a husband like Karan. She finds his sacrifice a really big one.

She feels lucky to get a son-in-law like Karan. Preeta breaks down seeing Karan taken away. She cries for him. Karan doesn’t want to cry in front of everyone. He can’t stop his tears seeing Preeta’s running after him. Shrishti stops Preeta, who rebukes her for separating Kaan and her. Rakhi asks Sarla to keep patience, Karan and Preeta are saving each other. Sarla feels the same pain for Karan. She wants their prayers to protect Karan. They pacify each other.

Later, Luthras reach their other house. Sherlyn likes the house. Pammi tells that they used to stay in this house with kids, their childhood passed well. She tells that Mahesh is waiting for Karan. Mahira breaks the truth that Karan will not come because of Preeta, he had taken the blame on himself and got jailed.

Pammi can’t believe this. Pammi asks Rakhi why did she defend her son in the court, knowing he is innocent. She feels Rakhi got blinded by Preeta. She blames Rakhi for not fighting for her son. Rakhi can’t explain her that Preeta is no less than Karan for her. Preeta also feels bad when Pammi/Parminder accuses Rakhi in anger. How will Preeta find a way to help Karan? Comment your views. Keep reading.

Reviewed Rating for Kundali Bhagya 10th May 2021 Full Update Latest twists3/5 This rating is solely based on the opinion of the writer. You may post your own take on the show in the comment section below.