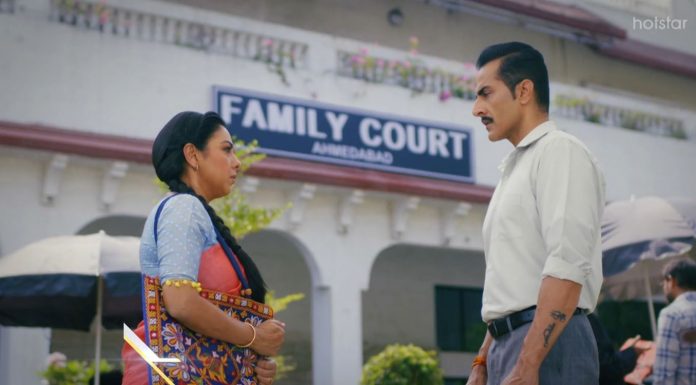 Anupama 11th May 2021 Written Update Divorce granted Kavya’s suicide attempt creates a stir in Anupama and Vanraj’s relationship. Anupama is relieved that Kavya is okay now. She doesn’t want Kavya to get depressed. Kavya doesn’t want to see Vanraj’s face. She holds him responsible for all the problems. Advait treats Kavya. He asks Anupama to try to talk to Kavya. Anupama slaps Kavya in rage over her suicide attempt. She tells Kavya that she can’t tolerate wrong. Kavya realizes her life’s biggest mistake.

Anupama hugs Kavya to console her. Leela is impressed that Anupama has a big heart. Anupama tells Kavya that she can’t end her life like that. She asks Kavya to value her life. She feels she has lost her life after losing Vanraj. She wants to live her life happily, but her fate isn’t on her side. She tells Kavya that her sorrow is bigger than anyone else. She expresses her emotions, how her world had turned upside down. She asks Kavya to be strong enough and not give up her life for any person. She handles Kavya maturely. She asks Kavya to not stoop low or feel dejected. She shows her strength to Vanraj. He realizes his mistake as well.

She gives an ultimatum to him. She wants to secure her identity of Anupama. She asks him to just end the chapter for once and all. Vanraj goes to apologize to Kavya. She tells Vanraj that he is her world, she exists because of his love. She can’t imagine her life without him. She proposes him. She wants him to free her from her sorrow. She tells that she will come along to the court to support him. She tries to convince him of her love.

She also commands his divorce. Vanraj and Anupama have the same dilemma. Kavya tells Nandini that she will get Vanraj after Anupama divorces him. She wants to marry Vanraj. Anupama’s children and family get sorrowful that Anupama will be losing her relation. Anupama cheers her family. She prepares a wonderful surprise for them to spend memorable time with them. Vanraj battles his inner conflict. He feels forced to divorce Anupama. Anupama sheds away her sorrow to spread smiles.

Vanraj and Anupama proceed for the divorce. They finally sign the divorce papers. Divorce gets granted and ends their marriage. Anupama returns her nuptial chain to Vanraj as a sign of their divorce. She tells him that she had always worn the nuptial chain as long as their marriage was intact, but now it doesn’t hold any significance for her. Vanraj feels much pain to get divorced from her, since he started realizing her worth lately. It becomes a new start for Anupama. Keep reading.

Reviewed Rating for Anupama 11th May 2021 Written Update Divorce granted5/5 This rating is solely based on the opinion of the writer. You may post your own take on the show in the comment section below.