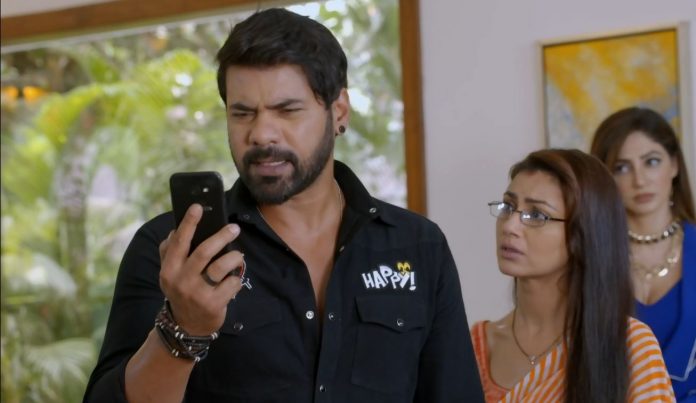 Kumkum Bhagya 12th May 2021 Written Update Abhi denial Abhi learns Tanu’s gruesome condition that has shattered Pragya. He realizes that Pragya had gone to meet Tanu to make a deal with her for his freedom, but Tanu had forced her to accept the condition to give away her Kumkum. He feels Tanu can’t get more disgusting than this.
Abhi doesn’t listen to Pragya at first, when she pleads him to hear her out just once. She wants to tell him about Tanu, but he stays cool and happy like before.

He teases Pragya and cheers her. Pragya asks him to just let her complete her talk. Abhi finally gives in. She gets about to tell about Tanu, but soon Tanu’s lawyer Singhania arrives with the same deal for Abhi. Mitali informs Abhi and Pragya that Singhania has arrived with a proposal, they should hear him once to end the case. Pragya confides the truth that Tanu has been pressurizing her to relieve him from their marriage so that Tanu could marry him.

Baljeet and Mitali get into an argument with Singhania. Baljeet isn’t interested in knowing his deal if its proposed by Tanu. She asks him to leave before Abhi comes. Abhi doesn’t want Singhania to leave. He is ready to listen to what Singhania has to say. Singhania explains Tanu’s proposal to Abhi in detail. Abhi gets much upset knowing Tanu is keen to marry him and kept the condition for withdrawing the case.

Further, Abhi tells Singhania that he is innocent, else Tanu would have not kept this deal. He outright refuses to the deal. He thinks its time to give a reality check dose to Tanu. He calls her to insult her and show her real place.

She adds that Tanu has agreed to take the false allegation back once she/Pragya divorces Abhi. Abhi develops more hatred for Tanu. Tanu calls up Pragya to know her answer, if she is ready to unite Abhi and her. Abhi takes the phone to speak to Tanu. He tells her that he will hate her more immensely now, since she not only tried to harm his reputation, but also his marriage with Pragya. He knows that his entire family is suffering because of Tanu’s false accusations on him. He tells that he is innocent and he will be free from the case soon.

He admits that Tanu was the biggest mistake of his life. He tells her that there is a huge difference between Tanu and Pragya, that’s the reason that he loves Pragya. Tanu gets more heartbroken by his hatred. She rages and vows to destroy him. She vows that he will regret his words very soon, when he gets rotten behind the bars.

Abhi tells her that he is ready to go to the jail as Pragya’s husband, he would never accept his freedom by marrying Tanu, he would just be of his love Pragya. He tells Tanu that he isn’t ready to get separated from Pragya. He refuses to marry Tanu who has tarnished his beautiful world. He clears out to Pragya as well to not accept any such deal, since he is not ready to marry Tanu. He wants to protect Pragya from falling into Tanu’s trap. Pragya doesn’t see any other way to save him from the blames.

Finally, Abhi takes a bold step to refuse to Tanu’s demands. Pragya gets too scared to lose Abhi. She thinks that there is still time to reconsider Tanu’s proposal. She tells Abhi that she is much happy that he took a stand for himself against Tanu, but she is worried for his future. She decides to accept Tanu’s proposal, much to Abhi’s shock. Aryan and Rhea learn Pragya’s decision. They get against it. Aryan rushes to Prachi and Ranbir to ask them to stop Pragya. Rhea is confused over Pragya’s decision.

Pragya tries hard to convince Abhi to marry Tanu, to accept the deal and get himself released from the ugly blame. Abhi doesn’t agree at all. Rhea and Prachi stop Pragya from making a mistake. They get surprising when they tell their parents that they have a solution to expose Tanu’s lies. What will Abhi, Pragya and their daughters do now when things have gone more wrong? Keep reading for more updates.

Reviewed Rating for Kumkum Bhagya 12th May 2021 Written Update Abhi denial5/5 This rating is solely based on the opinion of the writer. You may post your own take on the show in the comment section below.