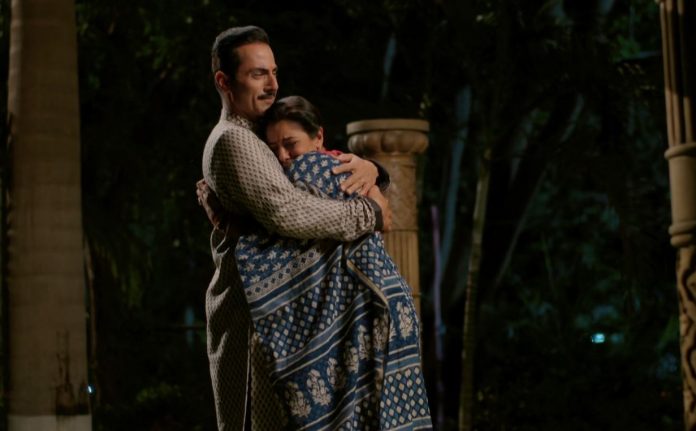 Anupama Vanraj part ways 12th May 2021 Written Update Leela is worried that Anupama will be facing troubles when she gets divorced. She asks Anupama to rethink about her decision, the society just blames women. She tells that a strong person also can’t fight with the society every day. Anupama doesn’t want to get scared. She knows that a woman has to tolerate a lot if she is single. She wants to prove herself. Leela tells that she wants Anupama in her house.

Anupama takes care of the entire family. She knows that her identity is going to change the next day. She cries her heart out. She feels sorry that she won’t be part of her own family once she gets divorced. She misses Vanraj as well. She recalls the happy moments spent with him. She wishes that her life gets back to the old phase. She sheds tears of sorrow knowing its not possible. Vanraj finds her crying. He tells her that they will think about it again. He pleads to her to reconsider her decision and not divorce him.

He feels guilty of his actions. He tells that he is much hurt, he realized his mistakes, he wants to support her from now. He doesn’t promise that he will leave Kavya. He doesn’t want to leave Anupama. He tells that nobody will be happy with their divorce. He pleads her to think of the entire family. He tells her that he will divorce her once she gets totally fine.

He requests her to delay the divorce for some days. He begs her to avoid the divorce. Anupama gets troubled by his request. He doesn’t want her to go. He tells her that he wants to take care of her since she did a lot for them till now. He wants a chance to support her. He adds that he can’t live without her. Anupama hugs Vanraj and shares sorrow. He assumes that she agreed to his request. Anupama begins the new day with hope of a new start.

Anupama and Vanraj perform the aarti together, making Kavya insecure again. Kavya doesn’t think they are going to get divorced, but has faith that Anupama will never break her promise. Kavya reminds Anupama her promise. Anupama realizes that Vanraj isn’t able to live without her. Leela asks Anupama what did she promise to Kavya. Vanraj tells that Anupama and he have decided to not take divorce at this time, they will reconsider their decision. The entire family gets happy. Kavya gets worried.

She asks Anupama to answer her, if its really true. Anupama asks Kavya to keep her calm. She tells that she didn’t accept Vanraj’s decision, she didn’t make any promise to her, she is still taking the divorce. She wants to keep her promise. Vanraj worries that Anupama didn’t consider his request and decided to divorce him. He feels heartbroken. Anupama wants to free him from the dilemma of choosing Kavya or her. She takes the decision for his betterment, that he moves on with Kavya and doesn’t look back. Do you think Anupama took the right decision? Comment below. Keep reading.

Reviewed Rating for Anupama Vanraj part ways 12th May 2021 Written Update5/5 This rating is solely based on the opinion of the writer. You may post your own take on the show in the comment section below.