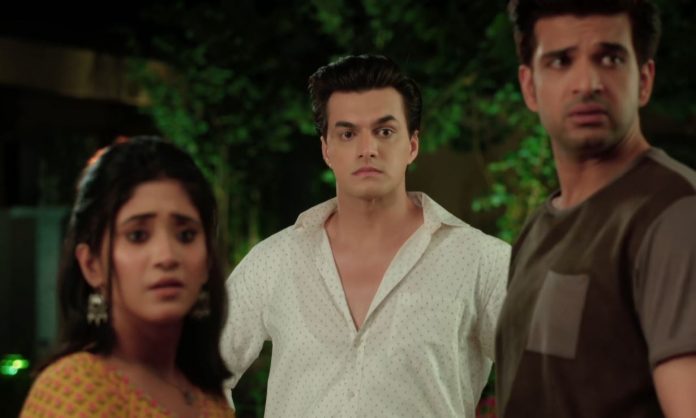 YRKKH Upcoming New track 12th May 2021 Written Update Ranvir shows his jealousy towards Kartik, knowing the latter is really a perfect guy for any girl. Sirat tells him that she loves him, and she is very lucky to get friendship as well. She calls Kartik her best friend and asks Ranvir not to overthink. Ranvir confirms with her that she loves him and is ready to make a fresh start with him. Sirat tells him that she is ready to give a second chance to him and their future. She doesn’t want to get separated with him.

They together admire Kartik for having a big heart and uniting them, knowing Kairav is ill and can’t be on his own without Sirat. Sirat later gets into an argument with her Nani, who wants her to keep her relation with Kartik. Nani wants her secured future, which isn’t sure with Ranvir. Sirat values love. She doesn’t want to become selfish when Ranvir had risked his life for her. She tells Nani that she knows Ranvir’s love is true and she loves him equally. She tells Nani that its Kartik’s decision to end their engagement, he has understood her love for Ranvir.

Nani still doesn’t like Ranvir. Kartik and his family get worried that Sirat would be going away. Sirat assures to Kartik that she will handle Kairav and explain him the situation. Suwarna tells them that Kairav may not take her leaving in a good way and may fall sick again. Ranvir knows Kairav’s health condition. He promises them that Sirat will not leave Kairav until he completely recovers. Kartik is thankful to him for the favor.

Ranvir tells Sirat that he has to earn good money and buy a house for them. He takes a leave from her. He isn’t scared of his dad now, knowing his dad got busy in his political work. Sirat meets the Goenkas, who are very upset that Sirat is leaving. Manish feels Sirat has played with Kairav’s emotions. She defends her intentions with a promise that she would not leave until Kairav permits. She decides to show Kairav that she isn’t happy without Ranvir, so that Kairav himself accepts Ranvir and her relation.

She tells Manish that she never knew Ranvir’s truth or the possibility of his return, her fate has been unfair with her. She asks Manish to believe her. Kartik trusts her. He asks his family to trust Sirat, who really loves Kairav. Ranvir celebrates his life’s new phase with Nidhi. She advises him to stay with Sirat and spend time with her. Ranvir goes to meet Sirat and surprise her. Sirat and Kartik hide the matter from Kairav.

They cheer up Kairav by planning a family picnic. Ranvir arrives there and meets Sirat, at the same moment when Kartik and Kairav try to meet her. Ranvir and Sirat spend some romantic time, while Kartik learns of his arrival. He feels sorry that they aren’t able to be together because of Kairav. Will Kairav accept Sirat and Ranvir’s relation? Keep reading.

Reviewed Rating for YRKKH Upcoming New track 12th May 2021 Written Update4/5 This rating is solely based on the opinion of the writer. You may post your own take on the show in the comment section below.