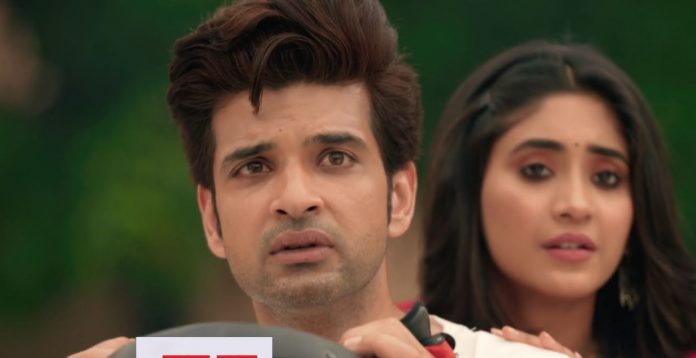 Yeh Rishta 21st May 2021 Anupama Top 2 Marriage twists Sirat gets more indebted to Kartik on knowing that he has saved Ranvir’s life from the car blast. Ranvir and Sirat love each other a lot. Ranvir tells her that he has nearly faced the death, he feels life can get short any moment, he wants to marry her as soon as possible. He tells her that he doesn’t want any distance between them. He values her love a lot. He proposes her with so much love and truth that she doesn’t refuse to him.

Surekha gets jealous of Sirat’s happiness. She tries to spoil Ranvir’ mood, but he handles the situation well. He proves that his love for Sirat is true and strong. He trusts Sirat. Sirat decides to marry him whenever he wants. He tells Kartik that he wants to marry Sirat the next day itself. Kartik sees their true love and supports their decision. The family wants Sirat to marry soon and go away from Kartik’s life, so that Kartik also starts a new chapter in his life. Ranvir and Sirat start a new life.

They look forward to their marriage, which is going to be organized by Kartik and Goenkas at their resort. Kartik misses Naira a lot in his life. He wants to see their love story completing. Ranvir’s dad makes an entry as the villain to separate Ranvir and Sirat. Kartik vows to unite Sirat with her love. How will Kartik fight Ranvir’s dad who is influential and also evil? Keep reading.

Anupama learns that she is suffering from cancer. She has courage to fight back and win over the disease. Advait is ready to help her overcome the illness by battling it mentally and physically. Kavya pressurizes Vanraj for divorce. She wants him to move on without thinking of Anupama, who is unaffected by the divorce. Vanraj doesn’t know that Advait is helping Anupama fight cancer. Anupama stays positive and accepts that she has a big task on her shoulders, that’s to get well and return to her family. Anupama becomes an inspiring figure for Advait.

She still cares for Vanraj, who grows jealous seeing her friendship with Advait. Anupama likes to see Kavya handling Vanraj’s needs. Kavya takes care of the entire family. She wants to take Anupama’s place. She hopes to get married to Vanraj soon. Anupama’s concern angers him more. He yells at her for getting divorce from him. She tells him that he shouldn’t shout on her when he isn’t her husband. She tells that she cares for him as a friend. She makes it clear that things shouldn’t change because of their divorce. He gets affected by her arrival.

Anupama invites Advait in Samar’s engagement function. He refuses at first, but she convinces him. Anupama and Kavya get decked up in different avatars. Kavya wants her look to complete with sindoor and mangalsutra. She informs Anupama that Leela refused to come. Anupama asks Leela not to get upset on Samar and her. Paritosh advises Samar to keep Nandini’s life simple in their house. He wants to support Samar and advises him not to make mistakes. He wants to give equal importance to all the relations. Vanraj and Kavya’s togetherness doesn’t upset Anupama.

Anupama makes sure that Leela attends the function. Leela creates a scene when she learns that Nandini can never conceive. She stops the engagement. Nandini asks Anupama will she accept her knowing the truth of her infertility. What would the Shah family decide? Will Anupama and Vanraj clash again? Keep reading.

Reviewed Rating for Yeh Rishta 21st May 2021 Anupama Top 2 Marriage twists5/5 This rating is solely based on the opinion of the writer. You may post your own take on the show in the comment section below.