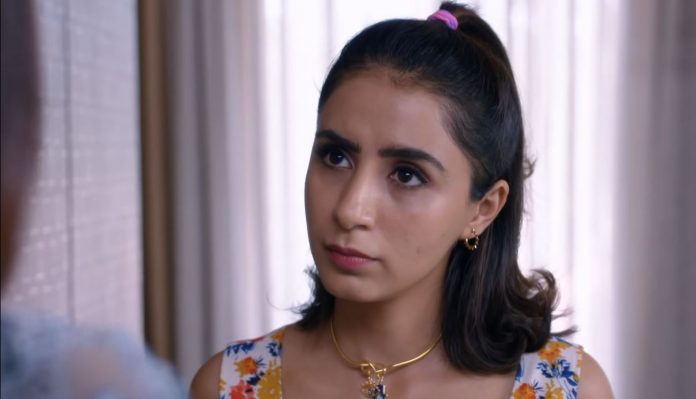 Kundali Bhagya 5th June 2021 Written Update Mahira’s twist Pammi finds Sameer and Shrishti with Mahira. She thinks that there is a love triangle between them. She asks Preeta about them, right in front of Rakhi, leaving Preeta embarrassed. Preeta knows that Sameer and Shrishti have started liking each other, and Mahira isn’t related to their story. She can’t tell Pammi that Mahira is after Karan. Rakhi makes an excuse to save Preeta from Pammi’s interrogation. She tells Preeta that she caught a sprain and needs treatment from her.

She asks Preeta to take her to the room. Preeta and Rakhi go away, but still Preeta wants to clear the doubts. She tells Rakhi that Sameer and Shrishti like each other, and they should become a couple. Rakhi adds that even she likes them as a pair. Preeta is relieved and feels glad to know about Rakhi’s opinion. Rakhi and Preeta think of getting Sameer and Shrishti married. On the other hand, Sameer and Shrishti check Sherlyn’s room for possible evidences against her, which could help them in Akshay’s case.

Also, Ruchika meets Megha and pretends caring towards her for a motive. She tells that she will give protection to Megha and her baby, but instead charge money for it. She asks Megha to ask more money from Sherlyn and share the amount with her. Megha didn’t expect Ruchika to make this demand. Moreover, Sherlyn meets Prithvi to reveal that Megha is blackmailing her, after Akshay’s death, with the same evidences held by Akshay.

She adds that Megha has the video recording, through which she can prove their affair. Prithvi is angry that Megha didn’t mend her ways. He promises to snatch the evidences from Megha and also teach her a lesson. He makes a plan to enter Megha’s house and steal the evidence. Sherlyn doesn’t want to comply with Megha’s demands. She leaves the matter to Prithvi to handle. Furthermore, Shrishti tells Sameer that Sherlyn has hidden the evidence in her room, they have to check more extensively. Mahira reaches there to meet Sherlyn. She finds them checking the room. She thinks they have come to steal something. She accuses Shrishti of theft.

Shrishti tries to distract Mahira by making an excuse. She tells Mahira that she needs to be careful of Sherlyn, who is definitely planning something against her. Sameer and Shrishti tell Mahira that they are also cautious of Sherlyn. They instigate Mahira to confront Sherlyn. Mahira really confronts Sherlyn, making the latter panic. She tells Sherlyn that she will support her against Preeta, but Sherlyn should never double cross her. Will Preeta find a proof against Sherlyn? Keep reading.

Reviewed Rating for Kundali Bhagya 5th June 2021 Written Update Mahira’s twist: 3/5 This rating is solely based on the opinion of the writer. You may post your own take on the show in the comment section below.