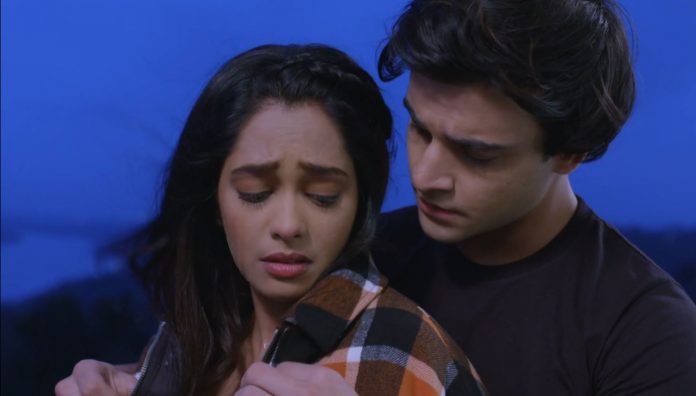 Kumkum Bhagya 7th June 2021 Written Update Wedding bells Tanu informs Somdutt that she will give him the money after her marriage with Abhi. She asks him not to contact her out of desperation. She wants him to trust her. Somdutt tells his boss that he couldn’t get money from Tanu. Tanu gets a huge shock when she faces Pradeep. He tells her that he has come to meet her to confront her actions. She can’t believe that he is still alive. She realizes that Somdutt had lied to her. Pradeep asks Tanu if she is scared or happy seeing him.

She lies that she is happy. He tells her that he knows that she tried to kill him, he won’t tolerate her crime or forget it as any little mistake. She tells him that she didn’t wish to kill him, she had sent Somdutt to free him. Pradeep tells that he knows everything, he had hired Somdutt and bought his loyalty. She tells that she didn’t intend to harm him. Pradeep knows that she will always lie to him. He hurts her. Abhi reaches there to ask Pradeep for help.

Tanu is once again shocked to hear Abhi’s voice. She wonders if Abhi knew about Pradeep. On the other hand, Prachi tries to speak to Rhea. She asks Rhea to accept that they are blood-related, their parents will be affected by their fights. She wants to sort out their differences. She promises to forget their past and start fresh.

Rhea tells that she doesn’t regard Prachi as her sister, since Prachi is trying to get close to Ranbir even now. She finds Prachi snatching her happiness. Abhi asks Tanu to apologize to Pradeep for her deeds, then he will come out. Tanu asks Pradeep how does Abhi know him. Pradeep tricks Tanu by talking in Abhi’s voice. She angrily slaps him. He tells that he had fooled Pragya as well. He enjoys fooling people. He doesn’t think he needs to keep any relation with Tanu, who always lies and cheats him. He tells that he wants to end their ties.

He threatens Tanu. She asks him to stop behaving mad. She asks Pradeep to join hands with her and let her seek money from Abhi. He agrees to help her for the sake of money. She gets relieved. Prachi cries for Ranbir. She gets surprised when Ranbir reaches her. She asks Ranbir not to support her. She wants him to leave from her life. She melts down her heart and expresses her true feelings for him. She tells that its tough for her to forget him. She hugs him. Anyway, it turns out to be her hallucination. She doesn’t want her feelings to spoil things.

Abhi and Pragya have a family time with their daughters. Pallavi calls up Rhea to talk to Pragya. She wants Abhi and Pragya to fix the marriage date. Abhi is ready to keep the marriage date early. Rhea is happy, while Ranbir fails to postpone the date. Ranbir tells that he wants some time. He asks Abhi to marry first. Abhi tells that his marriage is just a dramatic deal, its not for real. He asks Ranbir to focus on his real marriage. Prachi gets upset. Abhi tells that he can’t manage things because of his fake marriage.

Reviewed Rating for Kumkum Bhagya 7th June 2021 Update Wedding bells: 4/5 This rating is solely based on the opinion of the writer. You may post your own take on the show in the comment section below. 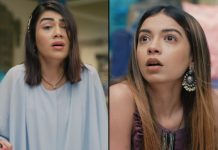 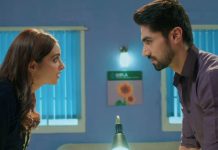 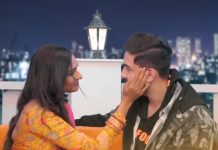