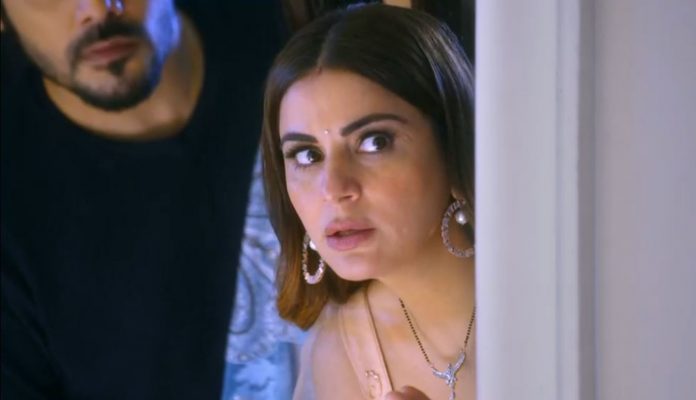 Kundali Bhagya 7th June 2021 Update Preeta digs the truth Sherlyn assures Mahira that she will never back stab her. She fools Luthras and Mahira as well. Mahira finds Sherlyn predictable, while Sherlyn disagrees. Sherlyn boasts that she is the one who writes the fate of the family members. She is very much sure that her truth won’t get known to anyone. Prithvi enters Megha’s house to search for the evidence against Sherlyn and him. He gets a phone there. He wonders if that’s the right phone.

He informs Sherlyn that he got the phone, he will never let her fall in risk. She asks him to check if the phone is a dummy. Prithvi tells that Preeta had kept the dummy phone to trick her. He wants to leave before getting caught. He wastes time on the phone call. This makes him fail in the plan. Megha catches him to threaten. He threatens Megha in a reply. He tells her that he can murder her if she comes in his way. He asks Megha to delete the evidences against Sherlyn, if she wants to be saved.

Preeta spies on Sherlyn. She asks Shrishti to go ahead with her plan and check Sherlyn’s room. Sameer tells that Sherlyn is still in her room. Preeta asks them to wait until Sherlyn leaves. She adds that she will be keeping an eye on Sherlyn till the search for the evidence goes on. She will stop Sherlyn from returning to the room. Sameer and Shrishti invade Sherlyn’s room to search for the proof. Sherlyn finds Preeta spying on her. She confronts Preeta for following her.

Preeta adds that Sherlyn always does wrong, that’s the reason that she is under the scanner. She confronts Sherlyn for being involved in Akshay’s murder. She feels Sherlyn is the real killer. She doesn’t want Karan to pay a price for Sherlyn’s crime. Sherlyn tries to run away after being blamed. Preeta asks Sherlyn why did she try to steal the phone. Sherlyn denies the blame. Preeta tells that she knows that Sherlyn had misled them by leaving the trial of footprints at Mahira’s door. She has the evidences against Sherlyn. Sherlyn defends herself well.

She gives the answers to Preeta to stop her from blaming further. She calls Preeta wrong. Preeta provokes Sherlyn to answer her further. They both get into a catfight. Sherlyn falls down, ending up hurt in her pregnant state. Preeta worries for her. She realizes that this could happen if she confronts Sherlyn’s actions. She keeps silence instead after imagining the dire consequences. She tells Sherlyn that she is angered on her for her wrong doings. Sherlyn understands that Sameer and Shrishti are checking her room once again.

She asks Preeta not to stop her. She warns to not come in her way. Preeta fails to block her way. She calls Sameer and Shrishti to alert them. Rishabh calls up Sherlyn, while Sameer answers. Rishabh asks Sameer and Shrishti what are they doing with Sherlyn’s phone. Megha asks Prithvi not to attack her, since she is pregnant. He lies that he isn’t Prithvi, but a hired goon Raja. He commands her to delete the video.

Consequently, Megha agrees to delete the video, but Ruchika comes in time to save her. They both outsmart Prithvi and fail his plan. Sameer and Shrishti make excuses. They apologize. Rishabh is glad to see Shrishti after a long time. Shrishti finds an envelope in Sherlyn’s room. She takes that to Preeta. Preeta reads a threatening letter. Preeta tells them that she also knows about Sherlyn’s pregnancy, maybe the blackmailer knows something more which nobody in the family knows about. She races her mind to think if the blackmailer knows about Sherlyn’s lover.

She wants to meet Megha and find the truth. She thinks Megha knows the truth of Akshay’s murder as well. Prithvi apologizes to Sherlyn for failing in his plan. He tells her that he couldn’t get the proof against them, they are finished. Sherlyn gets disappointed on his failure. What will happen next? Keep reading.

Reviewed Rating for Kundali Bhagya 7th June 2021 Update Preeta digs the truth: 4/5 This rating is solely based on the opinion of the writer. You may post your own take on the show in the comment section below.