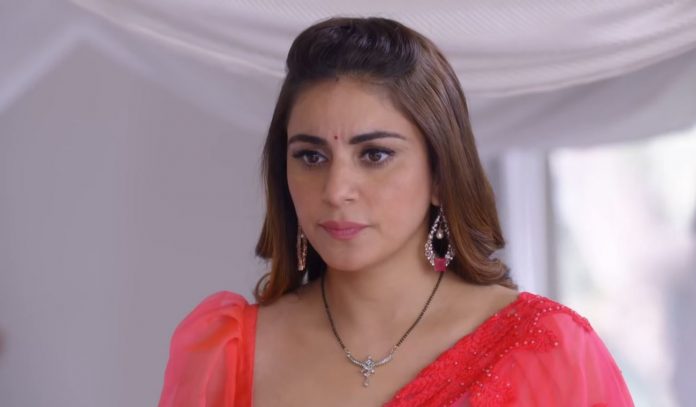 Kundali Bhagya Preeta Karan twist 12th June 2021 Update Kritika visits her friend Deepali. They have a talk over a cup of tea. She tells Deepali that she has got married to Prithvi in an unusual situation. She adds that she was going to remarry Prithvi but Akshay’s murder case ruined everything. She tells Deepali that though her marriage happened in haste, she has finally found love in her life partner. She tells that Prithvi loves him a lot. Deepali tells Kritika that she is also in a relation.

Kritika sings praises of Prithvi. Sherlyn and Prithvi reach Deepali’s house to meet for the checkup. Kritika doesn’t know about them. She thinks of playing a prank on the patient waiting at the door. She goes to open the door to act like the doctor. Prithvi receives Megha’s call at the same time. He worriedly goes away, and gets saved from Kritika. Unexpectedly, Sameer and Shrishti bring an unconscious Karan home, which leaves the entire Luthra family shocked. Shrishti asks Sameer to not tell the truth to the family. She tells that they shall hide that they have brought Karan home by unfair means.

Shrishti lies to the family that the police wasn’t shifting Karan, but has released him. The family is relieved and also confused. Shrishti further lies when they question about Karan’s injuries. Shrishti tells that Karan had met with a minor accident on their way. Rakhi and Mahesh take care of Karan. They take Karan to their room.

Preeta turns too emotional while treating Karan’s wounds. She asks Karan to get conscious and see her. Karan soon gains consciousness and finds Preeta with him. He pacifies Preeta. He finds Rakhi with Sameer and Shrishti. He asks Shrishti to reveal the complete truth to Preeta. Preeta asks what is he talking about. Rakhi also wants to know what is it. Shrishti tells them that Karan didn’t get any release, actually they had planned to help him escape from the jail. She explains how she made Karan break the prison. This shocks both Rakhi and Preeta.

Karan tells them that the police was shifting him to a new jail, then something had happened, but he doesn’t remember anything of it. He recalls that he had fainted there. Shrishti tells that the van really met with an accident, when she reached the spot, she decided to bring him home, instead sending with the police. Karan tells Preeta that whatever had happened, he can still fix it. He decides to call the police inspector and inform him that he has come home with his family, who rescued him from the accident.

He better thinks to make a story of some thieves robbing the police van. He tells that he will tell that he was following the thieves and came too far, but he is going to return to the police station. He tells Preeta that he has to leave soon. Preeta feels disheartened. The police arrives home to search for Karan. Inspector questions the Luthras about Karan’s arrival. Rakhi gets tensed. Preeta handles the matter. Later, Sherlyn meets Deepali for the checkup. Deepali finds her stressed. She takes Sherlyn for checkup, while Kritika is around. Kritika doesn’t realize Prithvi’s presence. Will Prithvi’s truth come out? Keep reading.

Reviewed Rating for Kundali Bhagya Preeta Karan twist 12th June 2021 Update: 5/5 This rating is solely based on the opinion of the writer. You may post your own take on the show in the comment section below.