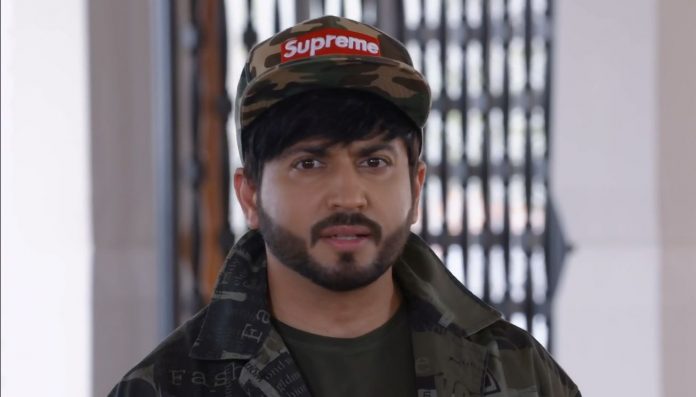 Kundali Bhagya 12th June 2021 Written Update Big revelation Shrishti tells the family that she had told Sameer to take Sameer home when she saw him injured. Sameer tells that they could have never left Karan in the middle of the road in an injured road, they had to get Karan some how to attend his wounds. Karan tells them that he will call the inspector and make a robbery story. He tells that he shall go back to the police station. Preeta agrees with his decision, but Rakhi stops him. She applauds Sameer and Shrishti for their decision to get Karan home.

She tells that they didn’t do anything wrong. Shrishti happily hugs Sameer. She is happy that Rakhi appreciated her decision. Rakhi asks Shrishti to take their mobile phones. She doesn’t want Preeta or Karan to call the police. She asks Rakhi to attend Karan’s wounds, until she sends the haldi milk for him. She gets emotional. Karan knows that his family is really crazy. Preeta tells that its their love. Even she loves him a lot.

She feels sorry to see his wounds. She hugs him. She doesn’t want him to go away. She admits that she missed him a lot. They get into a moment in their personal time. On the other hand, Kritika asks Deepali to meet the patient and take her time. Deepali asks Kritika to be there and see if Sherlyn’s husband comes. Kritika shows Sherlyn’s picture to confirm if she has come. She tells Deepali that Sherlyn is Rishabh’s wife, Rishabh is her cousin, he had been away for the sake of business since a long time, but maybe he came back.

She gets excited to meet Rishabh. She plans to surprise him. She asks Deepali to not tell about her presence to Sherlyn. She thinks Rishabh has come back to give a surprise to the family. Megha speaks to Prithvi to threaten him for money. He tells her that she is a born fool, who won’t get any money from him. He refuses to give her money. She compels him to pay the money else face the consequences. Karan apologizes to Preeta. He feels sorry that he couldn’t protect her from sorrow. She knows that he has to go back to the police station soon.

He also wants to stay back with her. She doesn’t want him to do anything wrong. He tells that she has changed him by coming in his life. He wants to explain Sameer and Shrishti that it will be wrong if he stays back. Karan confesses his love for Preeta. He admits that his entire family loves her, but he got late in knowing her, loving her and accepting her. He regrets that he was too foolish. Mahesh asks Rakhi what is happening in the house.

Rakhi tells Mahesh that they shall think well and decide about the matter. She asks Shrishti to tell her plan to them. Shrishti tells Mahesh that they shall lie to the police that Karan isn’t at home, when police comes to find him. Rakhi asks Pammi to let Shrishti finish. Shrishti tells that they have to tell the police that Karan didn’t come home after the accident. Preeta asks Karan about his feelings. Karan tells her that he knows that she is also madly in love with him. He tells her that his love is just for her.

Later, Kritika finds Prithvi at the door instead Rishabh. She questions him for coming along with Sherlyn. Prithvi is shocked when Kritika asks him if he is Sherlyn’s husband. Karan learns that the police had come to search for him, but the family lied to the police. Shrishti does mischief to help Karan find a moment with Preeta. She asks Karan to be thankful to be with Preeta and family. Prithvi gets tensed to answer Kritika. Will the big revelation finally bring some sense for Kritika? Or will Prithvi fool her once again? Comment your views and keep reading.

Reviewed Rating for Kundali Bhagya 12th June 2021 Written Update Big revelation: 5/5 This rating is solely based on the opinion of the writer. You may post your own take on the show in the comment section below.