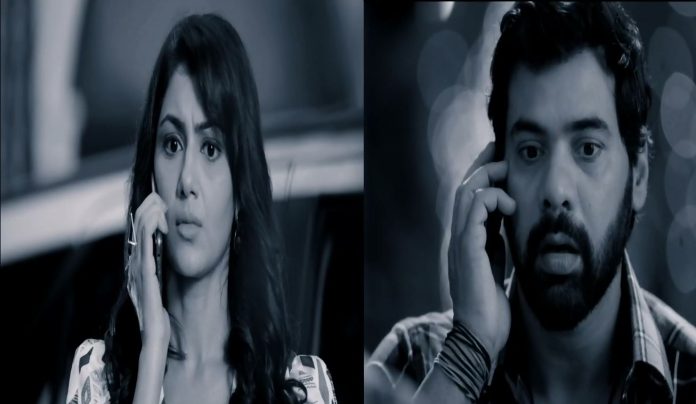 Kumkum Bhagya 19th June 2021 Update Revenge begins Pragya arrives at Sushma house, and is thankful that Sushma supported her as a mother. Pragya gets all the wishes in the surprise party planned for her at home. She is indebted to Sushma for giving her a new identity, confidence and belief. She feels she has proved herself. She tells Sushma that she has got the award, and now she is prepared to return to India. She asks Sushma to permit her. Sushma sees her lost daughter in Pragya. She doesn’t want Pragya to leave.

She tells that Sushma has given her a new life. She expects Sushma to understand her. She asks Sushma to release her soul and let her go back. Sushma tells that Pragya is like Priyanka for her. She asks Pragya to cheer up and prepare to go to India. Sushma tells Pragya that she wanted to die in the river, when she was praying to get a reason to live. She tells Pragya that she got a reason to live and also her daughter in Pragya.

She asks Pragya to remember that they both are connected by sorrow of a loved one. She tells that she was much angered to know Pragya’s story, that her husband wanted to kill her. She reveals that Priyanka was in trouble, her husband wanted to kill her and took her to India. She regrets that she didn’t speak to Priyanka when she needed help. She tells that Priyanka revealed her husband’s truth and apologized for going against her, Priyanka was expecting her help, but she got too late.

She tells Pragya that Priyanka’s suicide killed her as well. She fears that Pragya will also go away from her. She tells that she couldn’t save Priyanka, but promised herself to protect Pragya. Pragya asks her why didn’t she tell this before. Sushma tells that she wants her betterment, and also the security of her life. Sushma is afraid that Pragya’s pain may turn into a storm of sorrow after she goes back to India.

Pragya is still mentally disturbed by Abhi’s cheat. Prachi is also in pain after losing her mother. Ranbir consoles Prachi. He tells her that they lost Pragya in that accident, they have tried their best to find her. He asks Prachi to accept that Pragya is no more. Prachi tells him that Pragya is calling her. Sushma surprises Pragya on her birthday. She tells that Pragya will get everything she wants in her life, she will be the luckiest. Pragya tells that its Abhi’s birthday today. Sushma apologizes for reviving her wounds. Pragya tells that Abhi would be celebrating with Tanu this year. She knows that Abhi would be celebrating that she died and left from his life.

Elsewhere, Baljeet wishes Abhi on his birthday. She expects Pragya to return in his life. She misses Pragya. She tells that she is hopeful that Pragya will come back, she would be alive somewhere and return to him. Abhi doesn’t think Pragya is alive. Baljeet prays that Pragya returns to them soon. Sushma tells Pragya that they will be going back to India, and also meet Abhi, whom Pragya meets the most. Pragya tells that Abhi will be shocked to see her alive, since he wanted to kill her.

She feels he has really cheated her. Pragya calls up Abhi who is much shocked to hear her voice. She wants revenge on him at the cost of anything. Will she learn Abhi’s innocence? The track looks similar to Kasautii Zindagii Kay 2 where Mr. Bajaj prepared Prerna for revenge on Anurag, and let her go back to India after she proved herself by winning the best business person award. Comment your views on Kumkum Bhagya Revenge track and keep reading.

Reviewed Rating for Kumkum Bhagya 19th June 2021 Update Revenge begins: 3/5 This rating is solely based on the opinion of the writer. You may post your own take on the show in the comment section below.