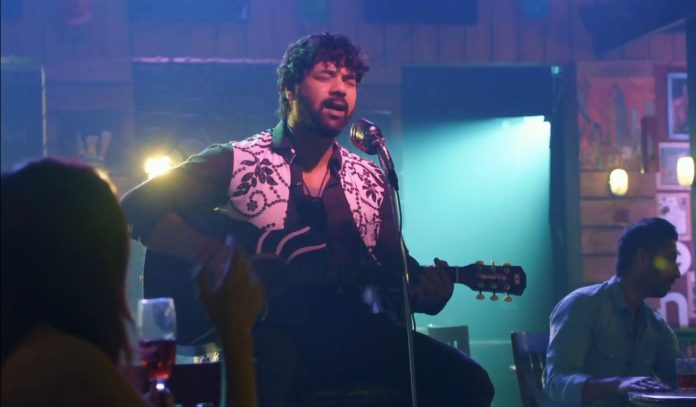 Kumkum Bhagya 22nd June 2021 Written Update Abhi avatar Tanu quarrels with Abhi by accusing him of theft. She asks him if he had stolen his money. He tells her that she also goes to the mall for shoplifting, she often steals the cosmetics to look beautiful. She tells him that she didn’t expect to turn poor after marrying him. She wanted to rule as a queen in the Mehra house. She fails to get any privacy in the house. She tells Abhi that she is bearing all the taunts because of Abhi. She wants respect in her life.

She tells that she should have the luxuries, so that she gets the respect. She doesn’t want to talk to him. He tells that he is not dying to talk to her. Tanu asks him not to take money on loan and drink alcohol. She feels that she isn’t able to go to any restaurant since she turned poor. She realizes that Abhi is really unlucky for her. Pragya tells Sushma that she had planned to face Abhi and shock him, but he isn’t anywhere around.

She is restless to take her revenge. She feels that her trip has turned futile. Sushma encourages her to keep patience until they find out Abhi. Tanu comes to the same restaurant where Pragya is present. Abhi arrives there to sing in the cafe and earn money through his music and singing talents. Abhi sings a song and touches Pragya’s heart. She grows curious to see the singer. She gets reminded of Abhi. She wants to take a peaceful breath by telling him that she is alive. She doesn’t want her life to lose his meaning without Abhi.

Pragya gets spotted by Tanu. Tanu can’t believe her eyes that Pragya is alive. Tanu sees Pragya’s reflection in the mirror, and tries to go to see her personally. She wants to inform Aaliya that Pragya is alive. Pragya leaves the served food and runs to see Abhi. Sushma wonders what happened to Pragya that she left in a haste. Pragya follows the sound to reach the place where Abhi is entertaining the listeners with his soothing tune. Abhi has no idea that Pragya is back.

In the upcoming promo, Pragya reaches her office, where the manager tells her about the shortlisted music artists who had rendered many solo hits in the past. Pragya happens to check the list. She comes across Abhi’s profile and picture. She knows that he was a rockstar in his times, but she hates him for his deceive. She tells that she hates the betrayers, who has given her just hatred and pain. She adds that she has come back to give him an answer for all his tortures. Do you like Pragya’s bold and confident avatar, along with Abhi’s rockstar’s avatar? Will Abhi and Pragya meet, or get back to their numerous hits and misses, as it happens most of the times with them? Comment below and keep reading.

Ranbir acts sweet when he speaks to his landlady. The lady warns him to do a job rather than living on his wife’s earning. She tells him that Prachi works for their expenses, when Ranbir should also do something. Ranbir feels proud that Prachi is an independent girl, earning for the family. He doesn’t want to stop Prachi from doing the job, just because she is his wife. He tells that he doesn’t feel any shame that he didn’t settle in his job. Aryan defends Ranbir and makes the lady go away.

Pragya and Abhi have a hit and miss when he reaches the bar for his performance. Sushma asks Pragya what would she do if she never meets Abhi. Pragya tells that her power and achievements are meaningless if she couldn’t insult Abhi using that. She wants to ruin him down by using her position. Abhi sings a romantic song and sheds tears. Pragya gets reminded of him by the same song which sang in his first concert. She learns that someone is singing the song at the nearby bar.

She runs to see Abhi, while reminiscing their moments. She gets too close to see him. Abhi gets surrounded by the appreciating crowd. He makes a leave to take his payment. Pragya finds about the singer. The waiter tells her that he knows the singer. He shows Prashant’s picture. She doesn’t know Prashant. The waiter fooled her to get the money. Abhi fails to get enough money. He asks the manager to give him a bottle of alcohol. He tells the manager that he should not be a miser. Manager tells that Abhi’s voice is magical.

He asks Abhi to join as the full-time singer. Abhi tells that he is Prashant’s friend, he is just doing this part-time in Prashant’s absence. He doesn’t want the money, but the alcohol. He tells that he will celebrate his birthday with his friends. The waiter wants to show Abhi’s picture to Pragya, but gets too late. He thinks he can get more money if he shows Abhi’s picture. Pragya tells Sushma that she couldn’t see the singer. She hears Abhi again. She goes to see him. Aryan tells Prachi what the landlady told Ranbir.

Prachi wants to keep up Ranbir’s pride. She goes to answer the lady. Ranbir wants to know what’s happening. Prachi tells that she will vacate the house in a month. She tells the lady that Ranbir earns or she earns, they are equal and love each other. She can’t tolerate her husband’s insult. Ranbir asks Prachi not to scold the landlady. Ranbir tells that he doesn’t have the courage to insult him in front of her. Pragya goes to see Abhi by following his voice. She sees him with his friends, but misses again. Abhi leaves.

Sushma asks Pragya not to overthink. Pragya apologizes for ruining the dinner plans. Sushma knows that nothing will help Pragya. Tanu tells Baljeet that Abhi didn’t come. Baljeet rebukes her for marrying Abhi and ruining her life. Tanu tells that Abhi has gone to the bar to sing and get money. Baljeet tells that its his birthday today. She asks Tanu to go to the bar and get Abhi home. Prachi tells Ranbir that he is her husband, and her life.

Ranbir tells that he never regretted that he left his house and family for her sake. He feels lucky that she always gives him love and respect, she keeps him grounded and helps him achieve his dreams. She tells that he fought the world for her sake, when she lost Pragya and Abhi. She feels he is the only happy element in her life. Sushma and Pragya are still at the restaurant. Tanu wishes to enter her favorite restaurant, but has no money. She feels she can never get back the richness. She is moved to see Pragya there.

Reviewed Rating for Kumkum Bhagya 22nd June 2021 Written Update Abhi avatar: 3/5 This rating is solely based on the opinion of the writer. You may post your own take on the show in the comment section below.